US government agency warns EEE virus is an «emergent threat» 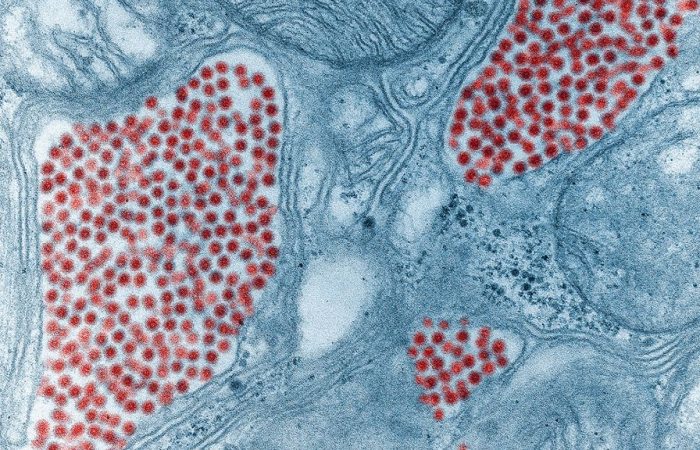 The mosquito-borne eastern equine encephalitis (EEE) virus was announced as an «emergent threat» in the U.S. where the abnormally high number of cases have registered so far this year, Axios reported. Public health authorities of eight states reported the EEE cases, most of them are lethal.

Normally, EEE remains rare among human, that is why there are no vaccines or specific viral treatments available. In 2019, the virus awakens and hits people across the United States. The EEE attacks the brain and sometimes causes death but there’s also vaccine under development by the U.S. Army labs.

«It’s interesting, because something like between 1831 and 1959, there were around 13 total cases documented. But, for the first time this year, there’s at least 36,» Anthony Fauci, National Institute of Allergy and Infectious Diseases director, told.

EEE is spread mainly by Culiseta melanura mosquitoes and various tree-perching birds found in forested wetlands, but it can circulate in small mammals, reptiles or amphibians as well. The spreading of the virus is looking like the Aedes aegypti mosquito despite C. melanura insects don’t usually bite people.

According to researchers, they have no idea yet why the virus is sometimes able to breach the blood-brain barrier and cause damage. The only thing is known that most people (96%) don’t show symptoms while the death rate is at around 35%.

Four vector-borne human illnesses «have evolved» so that they now infect the A. aegypti mosquito, which feeds mostly on humans, the authors point out. These are dengue, yellow fever, Zika and chikungunya.

Some CDC officials earlier this year called for a national defense strategy to coordinate health responses to all vector-borne illnesses.