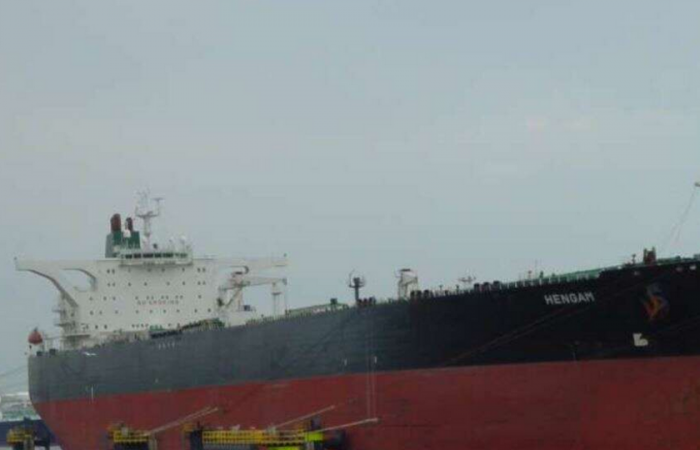 Over the years, Iran has had close ties to Venezuela for many years, so, appearing the first oil tanker in the vicinity of Venezuelan coast has revived the hope for people for much-needed fuel. Meanwhile, such gesture of Tehran made Washington to protests against the trade ties between the two ally countries.

On Sunday, the first of five Iranian oil tankers, Fortune, headed to Venezuela has arrived, amid tension over the possibility the United States could attempt to halt the deliveries.

“The first Iranian tanker has reached Venezuela’s coasts. Thanks to the Bolivian Armed forces for escorting them,” the Iranian embassy in Venezuela tweeted on Sunday.

Iran’s leader Hassan Rouhani had on Saturday warned the Oval Office against launching attacks on the country’s oil tankers as they pass through the Caribbean Sea on their way to Venezuela, ANF News reports on Sunday.

Commenting on the unacceptable pressure of the US, Rouhani said in a telephone call with Qatar’s Emir, Tamim bin Hamad al-Thani that if the Americans cause problems for our oil tankers in the Caribbean Sea, we will also cause problems for them.

Venezuela, once one of the world’s leading oil producers, has been reduced to energy poverty by US sanctions which have crippled its ability to refine its tapped reserves.

Rouhani stressed that Iran does not want a new conflict with the US, but that the country would reserve the right to defend its interests. The Iranian leader also added that Tehran therefore hopes that the Americans will not make a mistake in this regard.

Fortune Tanker is more close to coast of Venezuela.

The warning comes in the midst of a spat about Iranian fuel shipments to Venezuela. Five Iranian oil tankers are currently on course to Venezuela and are due arrive in late May or early June.

The US has imposed tough economic sanctions on both Iran and Venezuela and could decide to send its navy to prevent the tankers reaching their destination.

In a letter to UN Secretary General Antonio Guterres earlier this week, Iranian Foreign Minister Mohammed Javad Zarif warned that any US attack would be “illegal and a form of piracy.”

With sending of oil tanker this week, Iran has reiterated his continuing support to Venezuela, which faces now the deepest ever economic and social crisis.