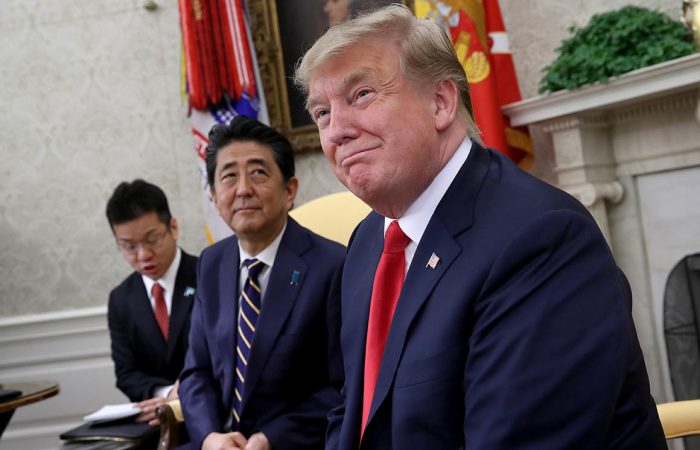 While the US has been fighting trade disputes on several fronts over the past year, the agricultural agreement signed with Japan became the real win for both countries, BBC reports on Thursday.

Under the signed deal, the United States and Japan The US and Japan have agreed to lower tariffs on certain agricultural products traded between them. The US will be happy to revive the wine export with Japan, taking into account that the US had a trade deficit with Japan of $67.6 billion in 2018/

Washington has held discussions with Tokyo throughout the year, the result is a new agricultural agreement, which was tagged as ‘tremendous’ by Donald Trump. According to the US leader, the first and third-largest economies on the planet have achieved almost a perfect deal.

Japanese prime minister Shinzo Abe also hailed the new phase of cooperation, saying there would be a «very wonderful, positive impact on the global economy».

Under a new deal, duties on some agricultural goods will be lowered

Under the US-Japan agreement, over 90% of US food and agricultural products going into Japan will either be free of any duty or receive preferential tariff access.

Duties on some agricultural goods will be removed or lowered, while digital products will also benefit, the Office of the United States Trade Representative confirmed and added that the US said it looked forward to negotiating a «comprehensive agreement» with Japan.

Japan plans to reduce tariffs on fresh and frozen beef and pork, and will immediately eliminate them for certain nuts, fruits and vegetables. Being acted symmetrically, the US is ready either to remove or lower duties on some $40 million of agricultural imports from Japan, including cut flowers, green tea and soy sauce.

The US and Japan have also agreed on preferential treatment for certain digital products.