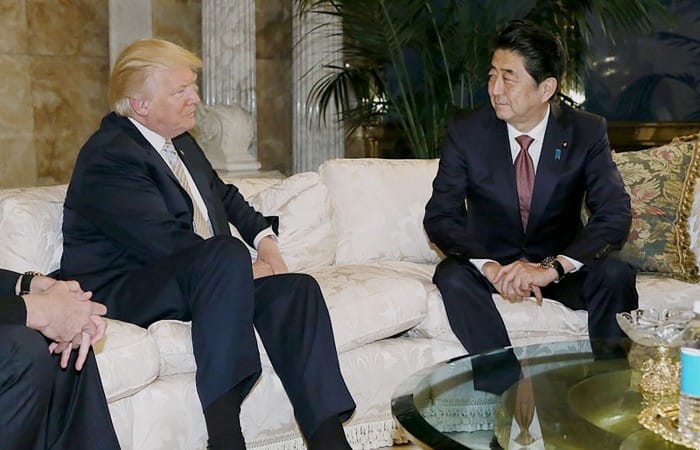 The naval personnel from the US and Japan take part in joint maritime exercises which started on 16 November. Such an activity is a routine but it takes place amid continuing tensions over North Korea

Immediately after the wrapping up the Asia tour by President Trump, the United States and Japan kicked off the joint naval exercise. According to the press, it is routinely conducting an activity, the American troops (14,000 US Navy personnel) do jointly the naval, aerial and ground exercises with its allies South Korea and Japan as a show of force against North Korea. Pyongyang bristles at the drills often claiming that they are rehearsals by the US for an actual attack.

The 10-day military drills are one of the biggest in the recent past, the North Korea tensions made all the countries to conduct the war games often than usual. The current naval exercise began against the backdrop of three US aircraft carriers – the USS Nimitz, Ronald Reagan, Theodore Roosevelt. While they all are sailing simultaneously in the region, it looks like an unprecedented show of force.

The White House describes the drill should increase the defensive readiness and interoperability of military forces from Japan and the US through training in air and sea operations.

‘The exercise follows more than a week of scenario-based training ashore,’

In the past, the North has threatened to attack US forces when such drills are held. The North is yet to make any specific comment on the current US-Japan exercises.

Though the Trump administration has been beefing up its military presence in its attempts to intimidate the Kim Jong-un regime, the North has shown no signs of scaling back any of its missile or nuclear activities. Reports about the possibility of yet another nuclear test have also surfaced recently, raising tensions.