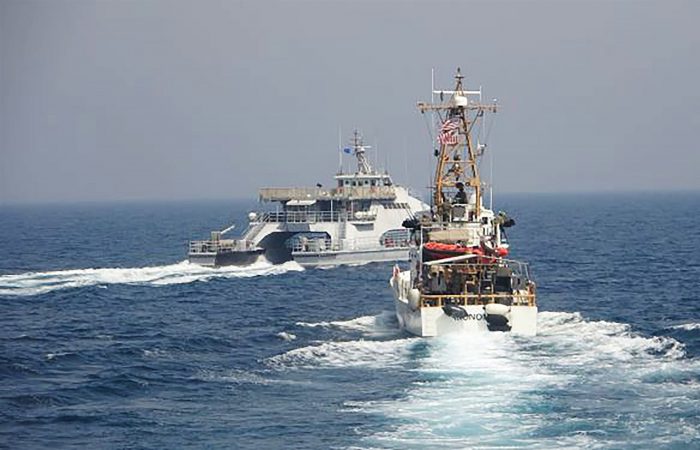 A US military ship fired warning shots after three vessels from Iran’s Islamic Revolutionary Guard Corps Navy (IRGCN) came close to it and another American patrol boat in the Gulf, The National reports.

‘The US crews issued multiple warnings via bridge-to-bridge radio and loud-hailer devices, but the IRGCN vessels continued their close range maneuvers,’ the military statement reads on Tuesday.

According to the military, the crew of Firebolt then fired warning shots, and ‘the IRGCN vessels moved away to a safe distance from the US vessels,’ the statement added, using the name for the US Navy patrol ship.

Earlier this month, the United States military said that an IRGCN warship repeatedly crossed the bows of US military vessels in international waters in an ‘unsafe and unprofessional interaction.’