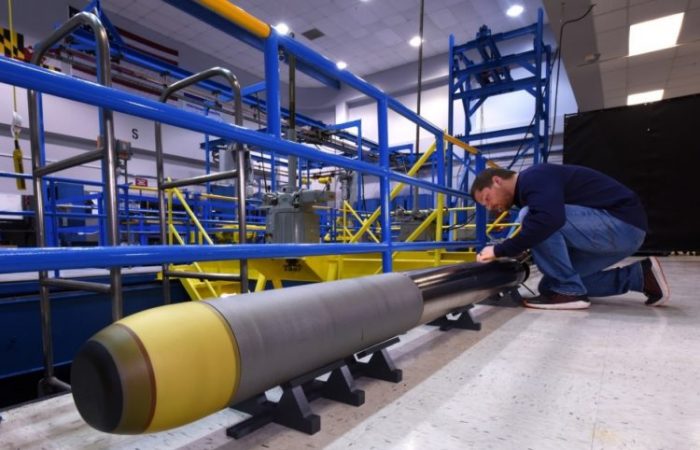 The US Navy is ready to welcome the next generation of a torpedo, which is known as Very Lightweight Torpedo (VLWT). In fact, Northrop Grumman has successfully manufactured and tested the first industry-built VLWT for the U.S. Navy, Defence Blog reported.

The engineers say that the prototype torpedo is based on the Pennsylvania State University Applied Research Laboratory’s (PSU-ARL) design. It was distributed to defense industrial manufacturers in 2016, in fact.

In May, Northrop Grumman (NG) known for its independently funded the research and development announced it is ready to offer the design-for-affordability improvements to this VLWT. Those refreshments come as Northrop Grumman’s response for the Navy’s Compact Rapid Attack Weapon program.

In general, VLWT prototype being prepared next to its Acoustic Test Facility tank in Annapolis, Maryland.

The NG took into account all its engineering and manufacturing expertise before announcing the new prototype. The engineers have improved upon the VLWT baseline design to replace high-cost components and drive overall affordability, reproducibility and reliability. To sum it up, those altered sections were built and tested using PSU-ARL’s own test equipment for confidence.

According to Alan Lytle, NG vice president, the United States need advanced undersea warfare capabilities now more than ever. He added that the corporation is ready to support fielding the VLWT which will increase subsea lethality and “enable innovative concepts of operations for multiple warfighting platforms.”