US Navy Special Forces are going to modernize their underwater vehicles 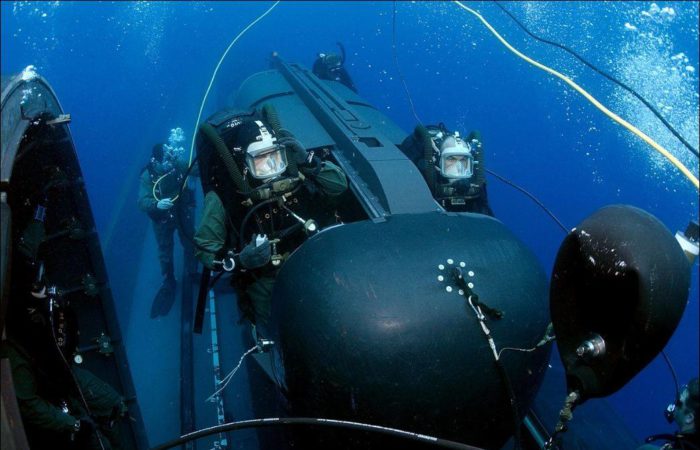 At the industrial conference of the US Special Operations Forces, they discussed the issue of modernizing the vehicles and equipment used by the Special Forces of the Navy in carrying out their operations. Marine Program Executive Director Navy Capt. Randy Sluff noted that the main challenges now are to improve communication systems and achieve more efficient use of power and energy.

A number of devices and many specialists are involved in helping the “fur seal” complete the task or return from it. One of the main problems of the special forces of the Navy is that the underwater delivery vehicles are significantly outdated. They have been used by the fleet since the early 1980s, that is, for forty years. We are talking about the MK 8 and MK 11 – mini-submarines that are supposed to deliver “seals” to their destination in underwater equipment.

As noted by representatives of the US Navy at the conference, the MK 11 is heavier than the MK 8, but has more impressive capabilities. In the US Navy, the MK 11 SWCS is replacing the aging MK 8 SDV (SEAL Delivery Vehicle). MK 11 has been developed since 2011. But the military doubts it will be fully modernized by 2027. Now the US Navy Special Forces is looking for new possible ways to launch underwater saboteurs from surface or submarine ships.

Navy Capt. Grady Hill, executive director of the Special Warfare Underwater Systems Program, notes that 40 ships built in the early 1980s by a company now known as Huntington Ingalls Industries have had their service lives extended through 2051. The modification led to an increase in the ship’s carrying capacity by 30%.

As for the SEAL Team 8, the unit is expected to be delivered in the coming weeks. According to him, this year the special forces of the Navy plans to conduct coastal tests, and in 2023 additional tests. As for surface ships for SEAL, they are either already being upgraded or are in the process of being upgraded.

U.S. Navy Captain Rocky Russell, a former surface ship program manager, said special operations forces are now placing new hopes on ships. Thus, the mini-submarine has a crew of four and can accommodate up to 19 passengers with full sets of weapons. Also, the boat has the ability to carry a large number of weapons.