US nuclear submarine crosses Strait of Hormuz amid tensions 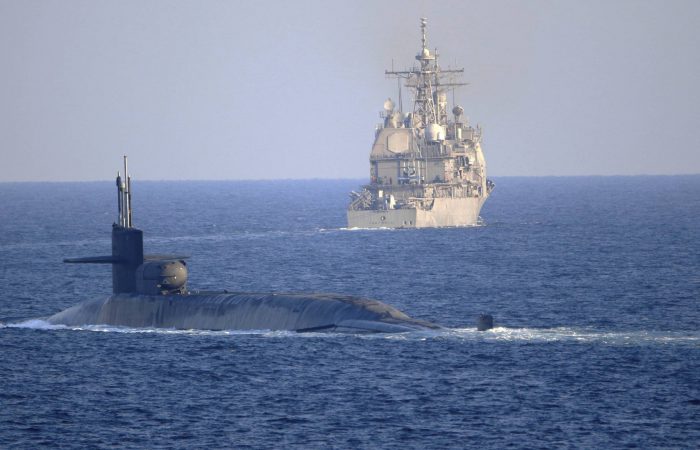 The Ohio-class guided-missile submarine USS Georgia passed through the Strait of Hormuz, a narrow passageway. As The Japan Times has learned, US submarine accompanied by two other warships from the Navy’s 5th Fleet, based in Bahrain.

The Strait of Hormuz remains a strategically vital waterway between Iran and the Arabian Peninsula. The USS nuclear submarine Georgia crossed this narrow strait on Monday, the US Navy confirmed. The USS Georgia is armed with 154 Tomahawk land-attack cruise missiles and can host up to 66 special operations forces, the Navy added.

That rare announcement comes amid rising tensions with Iran, and that unpredictable transit in the Persian Gulf’s shallow waters aimed at underscoring American military might in the Middle East region.

The tensions between Tehran and Washington have tensed last month, after the killing of Mohsen Fakhrizadeh, an Iranian nuclear scientist. In addition, appearing of the US warships also comes some two weeks before the anniversary of the killing of Gen. Qassem Soleimani on Jan. 3.

Iran has promised to seek revenge for both deaths of its prominent citizens.

The head of US forces in the Middle East, Gen. Frank McKenzie, told journalists Sunday that Washington was “prepared to react” if Iran attacks them.

The displays of military power are meant to signal Washington’ continuing commitment to the Middle East even as the Oval Office withdraws thousands of troops from Iraq and Afghanistan.

A rocket salvo Sunday targeted the US Embassy in Baghdad, causing damage but no casualties. The terroristic act was the third against the Americans since an October truce with pro-Iran Iraqi factions ended a year-long series of attacks on foreign facilities across Iraq.