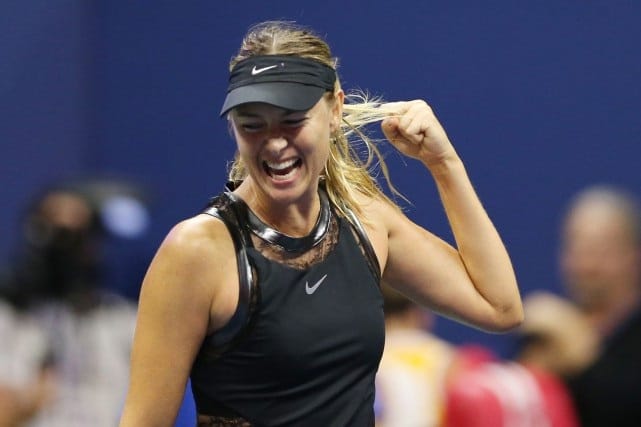 Sharapova’s return was powerful and flawless, the Russian athlete beat Halep 6-4, 4-6, 6-3 on the courts. The US Open tournament’s public missed Maria so much over 19 months.

Maria Sharapova, the 30-year-old athlete, has returned to the professional courts from a 15-month suspension for meldonium offence. Despite her comeback (in April) was interrupted by injuries, the brave Russian recaptured much of her old form and beat Halep 6-4, 4-6, 6-3. Just a scoop in the first round of the US Open!

Earlier this month Maria wasn’t even sure whether she would be fit enough to accept the US Open’s offer of a wild card. But time is flying and Sharapova could get her fine shape as she secured a second-round meeting with Hungary’s Timea Babos.

In fact, it was impossible not to feel sympathy with Simona (No 2 in the tennis world!), who has been within one victory of going to the top of the world rankings on three occasions this summer only to lose each time. Sharapova and Halep have a long story of their meetings, and their US Open 2017 match, undoubtedly, was in favour of Maria. She won the chance and got the right to go further.