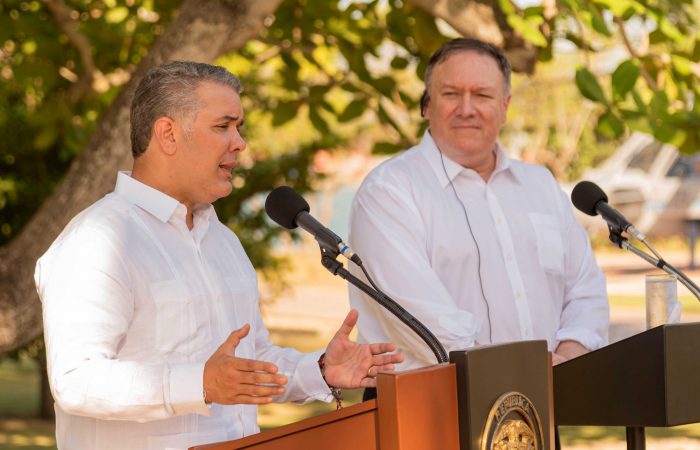 The US Secretary of State has kicked off his Latin American tour with visiting Colombia. On Monday, Mike Pompeo arrived in Colombia for the seventh time.

The US Secretary Pompeo’s schedule includes participation in the 3rd Hemispheric Ministerial anti-terrorism conference on Monday. The international event will result in making a statement to the media along with Colombian President Ivan Duque.

Mike Pompeo will also visit Costa Rica and Jamaica, according to the itinerary. the anti-terrorism conference is taking place amidst criticisms of the White House for its support for the coup d’état in Bolivia, as well as the escalation of its hostility against Cuba and Venezuela.

Among other Latin American developments, the most vulnerable moment is growing social discontent Chile and Colombia, where anti-governmental protests and violence are continuing.

The US Secretary and Colombian President will discuss the issues of financial and economic development of Colombia. In addition, the US government insists on recognizing Venezuelan self-proclaimed interim President Juan Guaido, who took part in the event and was welcomed on Sunday by Colombian leader. That Duque’s move has been criticized and described as a disgrace.