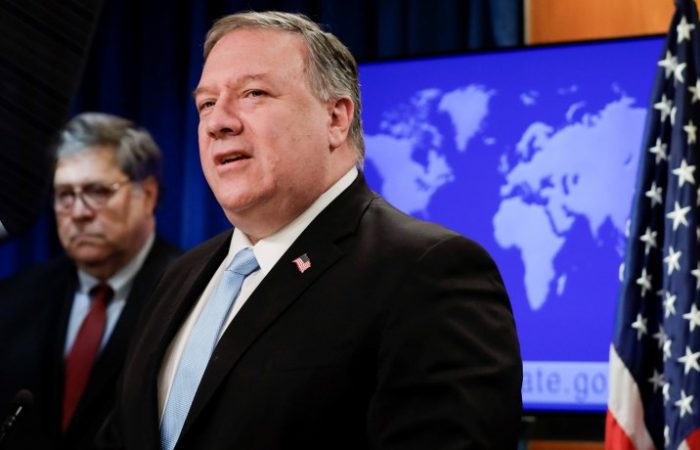 For the United States, the Chinese expansionist policies and an alleged cover-up of the COVID-19 outbreak are unacceptable. As the US Secretary of State Mike Pompeo has announced, it is time for a new «alliance of democracies» to counter the challenges posed by the authoritarian Asian regime, The Economic Times reports.

In the last efforts to warn China, Mike Pompeo said the US has had «enough» with China. Mr Pompeo announced «distrust and verify» as US’ new rules of engagement with the Chinese Communist Party at the Nixon Library on Thursday, titled «Communist China and the Free World’s Future».

The US Secretary also called on all nations to insist on reciprocity, transparency and accountability from them.

Echoing President Trump, the top American diplomat formally announced a reversal in the decades-old China policy. Thus, now would be more of confrontationist in nature and organising the rest of the free world against the authoritarian Chinese regime.

According to Washington, modern China is «increasingly authoritarian at home, and more aggressive in its hostility to freedom everywhere else». That is why the US won’t repeat the same mistakes of the past.

«The challenge of China demands exertion from democracies… those in Europe, in Africa, in South America, and especially those in the Indo-Pacific region. This isn’t about containment. It’s about a complex new challenge we’ve never faced before: The USSR was closed off from the free world. Communist China is already here, within our borders,» Pompeo stressed.

He said that if the free world did not change PRC, the latter will change them. In other words, the top US diplomat warned that there can be no return to past practices just because they are comfortable, or convenient.

Pompeo: Xi isn’t destined to tyrannise inside and outside of China forever unless we let him.

Mike Pompeo noted that the Chinese Communist Party (CCP) will erode their freedoms and subvert the rules-based order free societies have built. «If we bend the knee now, our children’s children may be at the mercy of the CCP, whose actions are the primary challenge to the free world. Xi isn’t destined to tyrannise inside and outside of China forever unless we let him,» the US State Secretary added.

Every nation will have to come to its own understanding of how to protect its national security, its economic prosperity, and its ideals from the tentacles of the CCP. As Pompeo noted with sadness, some nations lacked the courage to stand with the US for the moment.

While it is true that unlike the USSR, China is deeply integrated into the global economy, Beijing is more dependent on «us than we are on them», Pompeo said.