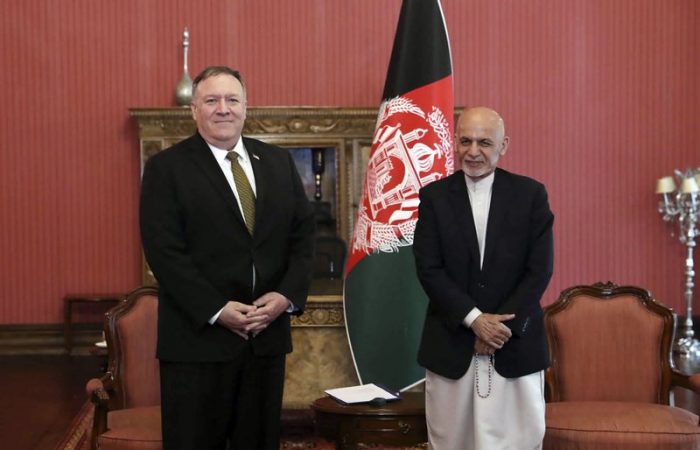 The US State of Secretary Mike Pompeo left Kabul after announcing that the White House has cut $1 billion in aid for the country. The political turmoil gives no chances to start the peace process and to realize the peace agreement signed last month between the Taliban and the United States.

Announcing the drastic cut in aid for Afghanistan, Mike Pompeo lambasted the Afghani two rival leaders for failing to unite and threatening a US-led peace effort.

Following the political crisis in Afghanistan, the Oval Office just slashed $1 billion in assistance to the country. Moreover, further reductions in all forms of cooperation are quite possible, the American diplomats warned. If the country’s rival leaders failed to agree on forming a new government, Afghanistan receives fewer financial support.

The Monday visit by Secretary of State has resulted in a decision to cut the aid. Mike Pompeo’s unannounced, urgent visit to Kabul aimed at meeting with the rival Afghan politicians who have each declared themselves president of the country after disputed elections last year. Following a face-to-face meeting with both Ashraf Ghani and Abdullah Abdullah, Pompeo had hoped to break the deadlock but was unable to.

On Monday, in an unusually harsh statement, Pompeo slammed the two politicians for being unable to find a compromise amid the crisis in the war-torn country. The turmoil they’ve created is threatening a potential peace deal that could end America’s longest-running conflict.

“The United States deeply regrets that Afghan President Ashraf Ghani and former Chief Executive Abdullah Abdullah have informed Secretary Pompeo that they have been unable to agree on an inclusive government that can meet the challenges of governance, peace, and security, and provide for the health and welfare of Afghan citizens,” Pompeo said.

Their unwillingness to work in a constructive way had harmed U.S.-Afghan relations and dishonours those Afghan, Americans, and coalition partners who have sacrificed their lives and treasure in the struggle to build a new future for Afghanistan.

“We have made clear to the leadership that we will not back security operations that are politically motivated, nor support political leaders who order such operations or those who advocate for or support parallel government,” Pompeo concluded.

The US Secretary of State added that the White House would be willing to look again at the aid cuts if the two leaders can form an inclusive government and said the US remained committed to a partnership with the people of Afghanistan.