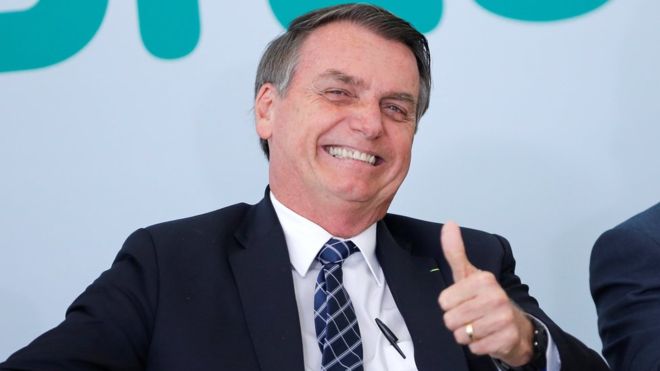 The US President said he will support Brazil on its way to the full membership of Organization for Economic Cooperation and Development (OECD), Andalou agency reports. The process began in March but the US has withdrawn its support in August. Now, the situation has changed diametrally, again.

In August, a Bloomberg report has confused the public by publishing the article, which Trump called the ‘fake news’. The U.S. State Department letter sent to OECD in August showed the U.S. withholding support for Brazil’s current bid, Bloomberg reported in August.

«In it, Secretary of State Michael Pompeo said that Washington only backed the membership candidacies of Argentina and Romania as part of the group’s enlargement effort. That came despite bids by Brazil and at least three other countries to join the intergovernmental economic group,» the report said.

Calling that article «fake news», POTUS wrote in a Twitter post that the joint statement released with President Jair Bolsonaro in March makes absolutely clear that he supports Brazil beginning the process for full OECD membership. «The United States stands by that statement and stands by @jairbolsonaro,» Trump added.

«Contrary to media reports, the United States, consistent with the March 19 Joint Statement from President @realDonaldTrump and President @jairbolsonaro, fully supports Brazil beginning the process to become a full member of the OECD,» Mike Pompeo confrimed on Twitter on Thursday.

OECD: Brazil can rely on the White House’s support

The Secretary of State said that Washington welcomed Brazil’s ongoing efforts regarding economic reforms, best practices, and a regulatory framework in line with the standards of the OECD.

«The leaked letter does not accurately represent the United States’ position with respect to OECD enlargement,» he said, adding the U.S. will make «a strong effort» to support Brazil’s accession.

Brazil submitted its application for full OECD membership in May 2017.