US ties with South Korea will remain strong under Biden 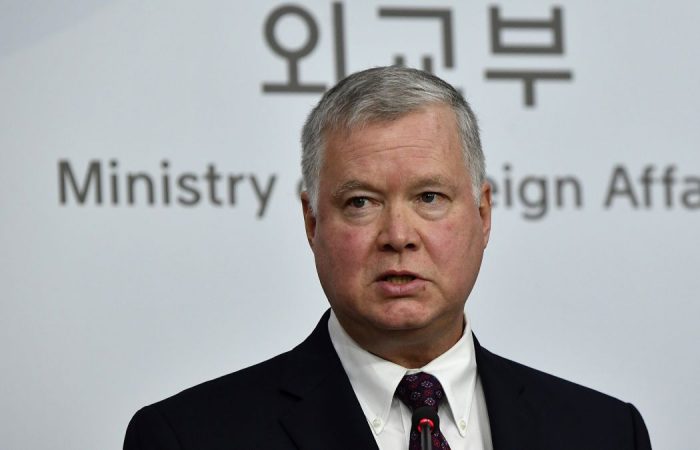 Stephen Biegun, the US envoy to South Korea, assured on Wednesday that the bilateral ties between their nations will be as stronger as usual under Joe Biden, according to Reuters.

The US ambassador stressed in his speech on Wednesday that the trust and alliance between the two Houses, White and Blue, will remain firm regardless of the inevitable shifts in the Oval Office.

South Korea’s foreign ministry thanked the US Deputy Secretary of State Stephen Biegun for the American help in denuclearisation talks with North Korea.

During the meeting with South Korea’s Deputy Foreign Minister Choi Jong-kun, Mr Biegun said the US will continue to play a bridging role to ensure the achievements the two allies have made together.

As Choi noted, the role of the US in building peace on the Korean peninsula is crucial as well the cooperation in COVID-19 challenges, and relocation of US military installations in South Korea.

Neither side publicly mentioned an ongoing multi-billion dollar dispute between the two allies over how much Seoul should pay toward maintaining the roughly 28,500 US troops on the peninsula.

The US envoy met with South Korea’s chief nuclear negotiator

South Korea’s chief nuclear negotiator Lee Do-hoon and the US diplomat have discussed North Korea’s denuclearisation issues, the US embassy in Seoul confirmed on Twitter.

While Biegun has said he is ready for discussions at any time, Kim Jong Un says he won’t return to the negotiating table until Washington drops its hostile policies.

This week, Stephen Biegun is also scheduled to meet the foreign minister and the minister of unification. The visit comes as North Korea lashed out at South Korean Foreign Minister for orchestrating doubt over its claim that there zero COVID-19 cases in N.Korea, warning of consequences for her “impudent” comment.