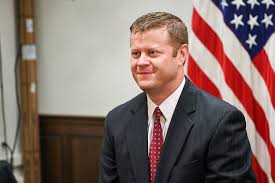 The Pentagon decided to satisfy the Lithuanian multiple requests for stronger US military presence in the country. On July 16, the US announced it will deploy hundreds of American troops to the Baltic country for training over the next few years.

Lithuania has been consistently seeking a greater US military presence in Lithuania. As IntelliNews reported, the US battalion with Abrams tanks was stationed in the country between October 2019 and June 2020.

Ryan D. McCarthy, the US secretary of the army, held a meeting with Lithuanian Defence Minister Raimundas Karoblis. The top defence officials have discussed the latest developments and the perspective of the American military presence in Baltics.

«We intend to continue these deployments to Lithuania where both of our forces can mutually benefit from shared operations…This level of cooperation, training, security and, ultimately, stability has been made possible by the commitment of Lithuania in the investment of more than 2% of GDP on defense spending and modernisation of its armed forces,» the American military confirmed.

Lithuania is one of only nine NATO member states that spend at least 2% of GDP on defence. Last summer, the US President has pressured European allies to meet the target.

Meantime, Vilnius is also closely watching US plans to move some American troops from Germany to Poland.

McCarthy said Washington will provide more details about these plans in the coming weeks.