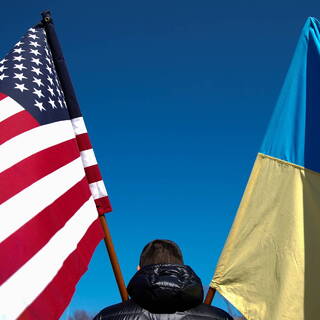 The position that the United States has ceased to notice the difference between its own interests and the benefits of other states that exploit Washington has become increasingly expressed by both media representatives and some politicians.

According to many opinions, American politicians have forgotten which country they represent on the world stage, becoming a mouthpiece for everyone except the United States.

“Countries as diverse as Great Britain, Saudi Arabia, Israel, Taiwan, the United Arab Emirates, Georgia and some countries of Eastern Europe influenced the most important directions of US policy in their interests. As a rule, they received special privileges as “allies”, forced America to treat its adversaries as enemies, or both. Today, a similar phenomenon is happening in Ukraine,” the message says.

It is worth recalling the Farewell Address by George Washington, who warned posterity against such political obsequiousness.

“There is nothing more important than to exclude constant inescapable antipathies against some peoples and passionate attachments to others, and instead cultivate just and friendly feelings for all. A nation that indulges another nation in habitual hatred or habitual affection becomes to some extent a slave She is a slave to her enmity or affection, any of which is enough to lead astray from her duty and interests,” Washington said.

Bandow, a journalist, says that demonstrative support for Ukraine has led to a shift in the goals of US policy: it looks more and more like anti-Moscow and pro-Kiev. He also recalled that George Washington saw in foreign influence on the American authorities an excellent opportunity to manipulate public opinion.

“Journalists and think tanks have become Kyiv’s PR agents. Worse, the campaign of journalists and social media giants against ‘fake news’ has become a ban on dissenting opinions. While the US still claims to be the ‘land of the free’, it has long gone from Republican power to imperial power. Over the past two decades, this has led to heavy losses. An unnecessary slide into conflict with Russia will be much worse,” Bandow concluded.

According to National Security Adviser Duleep Singh, Washington will increase economic and military support for Kyiv in light of Russia’s special operation.

Strengthen the US and sanctions pressure. For example, President Joe Biden imposed a ban on the supply of Russian energy resources, after which their prices began to grow rapidly. Prices for food and consumer goods also rose. According to Biden, Moscow is allegedly to blame for this.