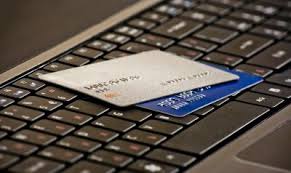 Uzbekistan has suspended the acceptance of Mir cards for technical reasons, the press service of the Uzcard processing center said.

“The single republican processing center  in connection with the necessary technical procedures on the side of the participant of the Uzcard payment system, from 9:00 (7:00 Moscow time) on September 23, 2022, suspends the service of Mir cards in the infrastructure of the Uzcard PS and the operation of co-badging Uzcard – “Mir” abroad,” the press release says.

It is noted that Uzcard-Mir co-badged cards operate in the regular mode on the territory of Uzbekistan. In early March, the Uzbek processing center already reported on the suspension of the acceptance of Mir cards due to technical work, later the service was resumed. Uzcard and the Mir payment system signed a cooperation agreement in March 2019, and in June 2020 Mir launched cross-border transfers to Uzbekistan.

On September 15, the US Treasury published a document stating that Washington is ready to impose sanctions for cooperation with the Russian National Payment Card System and the Mir payment system outside of Russia.

Last Monday, Turkish Ishbank and Denizbank informed RIA Novosti about the termination of servicing Mir cards due to anti-Russian sanctions, the same decision was made by Halyk Bank in Kazakhstan and the Vietnamese bank BIDV. Turkish President Recep Tayyip Erdogan said that on Friday he would make a decision on the further use of Russian Mir cards in the country. According to the newspaper Yeni Şafak, Turkey at the state level has been following the principle of complying only with UN sanctions for many years.