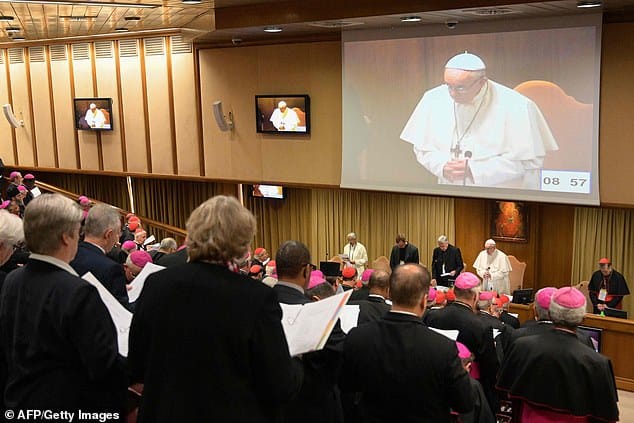 Vatican’s policy of openness for the first time allowed Pope Francis to gather the bishops in Rome for the unprecedented summit dedicated to the sexual abuse discussion, Daily Mail reported.

Pope Francis has opened on Thursday the summit where 190 leaders of bishops’ conferences and religious orders have gathered. In his speech, the pontiff said that they bore the responsibility to ‘listen to the cry of the young who want justice.’ Pope Francis urged to end the homosexual agenda and vowed ‘concrete measures’ against church paedophiles.

The four-day meeting at the Vatican began early Thursday with prayers and was to feature speeches, tutorials and workshops on protecting children, preventing abuse and stopping cover-ups. The Catholics of the world are grieving and disillusioned with such wild behaviour of the priests. Thousands of our children have been sexually assaulted by clergy for decades now.

“The holy people of God are watching and expect not just simple and obvious condemnations, but efficient and concrete measures to be established,” Pope Francis warned.

Members of the ECA (Ending of Clergy Abuse) organization hailed such an important milestone in the history of the Roman Catholic Church, they arrived Rome on Monday to show their support to Pope’s timely and wise initiative. The victims of sexual abuse also believe that pontiff does his best to bring change and to shine a light on the long fight for justice.

The experts confirm that a lot has changed since victims began their battle years ago, but then again, clergymen made them suffer very much by not listening earlier. The UN commission condemned last month Italy for being complicit in protecting paedophile priests from criminal charges and called for the country to devise a national plan to prevent the sexual abuse of children.