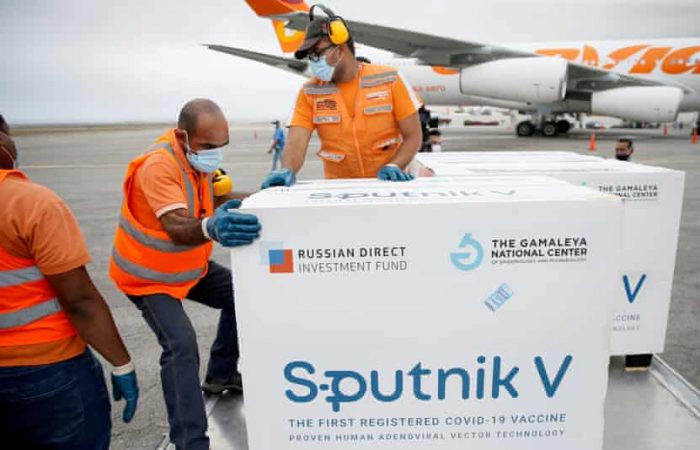 The next shipment of Russia’s Sputnik V antiviral vaccine has arrived in Venezuela on Saturday. Russia reinforced its solidarity with the brotherly people of the Latin American country, said the ambassador.

The Russian Ambassador to Venezuela Sergei Melik-Bagdasarov has confirmed that Venezuelans got another opportunity to protect themselves against the coronavirus. The new batch of Sputnik V vaccine has arrived in the country.

“There is no more symbolic opportunity to celebrate Russia Day today, 12 June, than receiving at the Maiquetia ‘Simon Bolivar’ International Airport another 500,000 vaccines @sputnikvaccine reinforcing our solidarity with the brotherly people of Venezuela”, Melik-Bagdasarov wrote on Twitter.

Nicolas Maduro thanked Russia for its continuous support amid the hardest-ever times in the history of Venezuela. President promised at the end of May that COVID-19 vaccinations would be stepped up in the month of June and that the Sputnik V vaccine would be used to give shots to people over 60 with underlying health conditions.

The poor Latin American nation has rolled out its national immunization programme earlier this year after it received the first batch of Russia’s Sputnik V vaccine in February, MNA reports.

Russia’s Sputnik V save lives around the globe

In August 2020, Russia became the first country in the world to register a vaccine against the novel pathogen. The drug dubbed Sputnik V was developed by the world-famous Gamaleya Research Institute. As of mid-June, the vaccine has been approved for emergency use in 67 countries.

As an illustration, an interim analysis from a trial published in The Lancet showed that the vaccine has 91.6 percent efficacy with no side effects.

Meanwhile, the Gamaleya National Research Centre of Epidemiology and Microbiology and the Russian Direct Investment Fund (RDIF) have reported that Sputnik V has 97.6 percent efficacy.