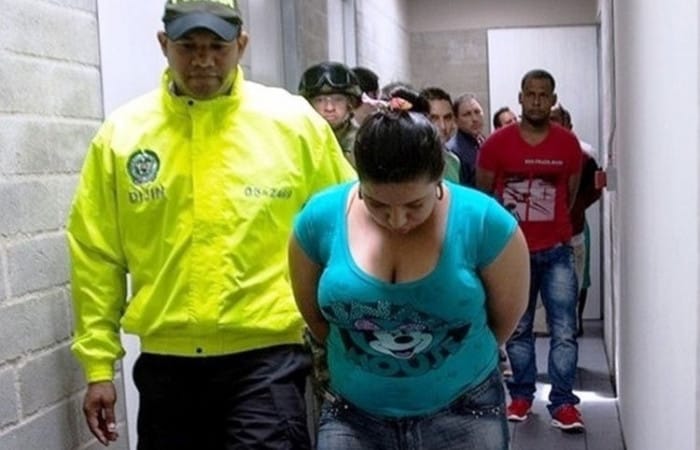 Venezuelan women are working at the nightclubs of Colombia as prostitutes, SkyNews reported after its investigation. Amid the deepest economic crisis in Venezuela, its citizens are being driven into the sex trade in neighbouring countries in order to survive.

Venezuelan women are looking to escape the country’s dire economic situation, scores of women were found touting for business on the streets of the border city of Cucuta. According to SkyNews reports, in one Colombian club, the overwhelming majority of women working as prostitutes were Venezuelan. In fact, in a brothel full of 60 women, there were just two Colombians, while the rest were Venezuelans.

Since 2014, the crisis in Venezuela made more than two million Venezuelans flee their country. People are fleeing a severe economic crisis which has led to shortages of food, medicine and basic goods, with many saying they are doing so because they cannot get the operations and medical care they need. There is no job for Venezuelan inside their country, so, women are using any slim chance to earn some money in neighbouring Colombia, even if the work is sexual services.

Venezuela becomes the problem for its Latin America neighbours

Venezuelan crisis and total instability make neighbouring states bring in stricter border regulations. On Saturday,  a day after a court overturned Ecuador’s attempt to strengthen its own controls, Peru did the same. Now, the threat of becoming trapped has sent many more running for the border. More than 2,500 crossed into a small Peruvian border town on Friday, according to the agency, with thousands more attempting to reach Peru at the main crossing in Ecuador.

The women spoke of feeling powerless and vulnerable and admit their options are extremely limited, with no official paperwork to leave Venezuela legally in the long-term. But the streets of Cucuta are filled to bursting with Venezuelans trying to find other options and a better life.

They are trying to arrive before the new rule, requiring them to have valid passports, is brought into force on Saturday. Until now, Venezuelans have been allowed to enter Peru with just their ID cards.

Ecuador brought in a similar law last week. However, on Friday, a judge found requiring Venezuelans to carry valid passports broke regional agreements on freedom of movement. The state of Roraima, in Brazil’s Amazon region, also had its attempt to close the border thrown out by a judge earlier this month.