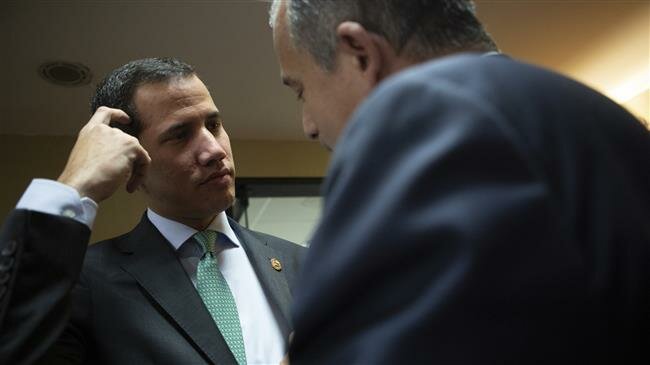 Juan Guaido, the Venezuelan opposition leader accused of ‘high treason’ after the prosecutors have found out he was plotting to hand over a disputed oil-rich border zone Esequibo to foreign companies in exchange for political support from the UK.

Juan Guaido was engaged in “illegal negotiations, behind the back of the country” in exchange for “political support from the United Kingdom”, said Attorney General Tarek William Saab on Friday.

According to the prosecutors, the criminal organization was headed by Juan Guaido. He personally had initiated concrete actions to illegally appropriate Venezuela’s assets to enrich themselves and «to serve transnational interests».

Over the years, the territory of Esequibo is disputed area, which is controlled by neighbouring Guyana. The 159,000 sq km area is the subject of a long-standing border dispute between Venezuela and Guyana, which is a member of the British Commonwealth.

«The facts imply a crime of treason,» Attorney General added.

The case is based on audio recordings purported to involve a US administration official urging an adviser to Guaido to «deliver the Esequibo» to the oil company Exxon Mobil and other multinationals, according to Vice President Delcy Rodriguez who released the file.

Meanwhile, Guaido’s actions have the consequences — the US has deployed a military contingent to Guyana for the first time in a decade.

In the audio file, UK envoy Vanessa Neumann is heard speaking with the UK Foreign and Commonwealth Office, saying that the opposition should “drop the topic” of Venezuela’s claim to the territory in order to secure London’s political support.