Victoria Beckham was named as a UN Goodwill Ambassador in 2014, now she is set to receive OBE reportedly. Quite possible, this New Year, Queen Elizabeth’s Honours List included a name of Vicky as well.

Mrs Beckham will receive OBE ‘for services to fashion and charity work’, informed media. Posh told her family she’d been named on the Queen’s List which is released in the New Year.

Of course, this news is extremely exciting, especially for David who received his OBE in 2003. Victoria said she is really delighted and humbled at the same time for such a recognition of her skills and aspirations. 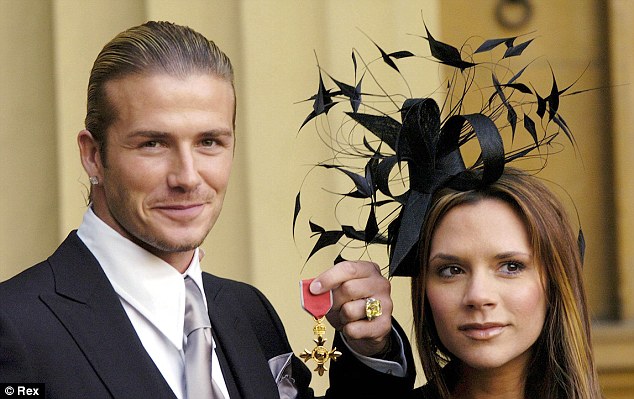 David Beckham and his wife Victoria after the ceremony of receiving OBE in Buckingham Palace, 2003

Brooklyn Beckham was glad for her mum, he always said she is amazing and unbelievable. Victoria is incredibly proud of the fashion brand she has built and ever thankful for her amazing team. When she started her own business years ago, she couldn’t have a thought it brings her the OBE.

Now, her designs are worn by some stars like Cameron Diaz and Miranda Kerr.

Her charitable work is important as well, Vicky is especially thrilled that her philanthropic work as a UNAIDS goodwill ambassador. In 2014, Posh was named as a UN Goodwill Ambassador and visited Kenya with her son Brooklyn.