Victoria Beckham is very proud of her son Cruz. The 11-year-old boy inherited Vicky’s musical talent, the former Spice Girl shared another video of her lovely son singing on Monday.

Victoria, the proud mother of Cruz Beckham, has presented the video where Cruz is singing a song for his mum. An Instagram video of Cruz covering a Justin Bieber song in the studio, got praise of Justin Bieber, too. The Canadian singer himself tweeted on Monday that Cruz did a ‘great job,’ he retweeted Vicky’s message with words:

Victoria and David Beckham both shared the video of Cruz singing Bieber’s lovely song ‘Home To Mama’. While Vicky captured the video:

‘I mean come on little man … Cruz killing it in the studio singing Home To Mama … ❤️’.

Cruz Beckham, the 11-year-old son of the British footballer, is a very talented boy. But he didn’t yet decide which career to choose, music or sport. Whatever it be, Cruz looks so touching and sincere while he sings his heart out on the mic on video.

The big Beckham family is supporting each other, brood simultaneously shared a sweet snap of the youngster playing the guitar onto their individual Instagram pages, while gushing over his talent. Brooklyn, 17, proved he was a proud brother as he captioned the shot:

‘Check out my little brother singing with @codysimpson and #justinbieber.’ 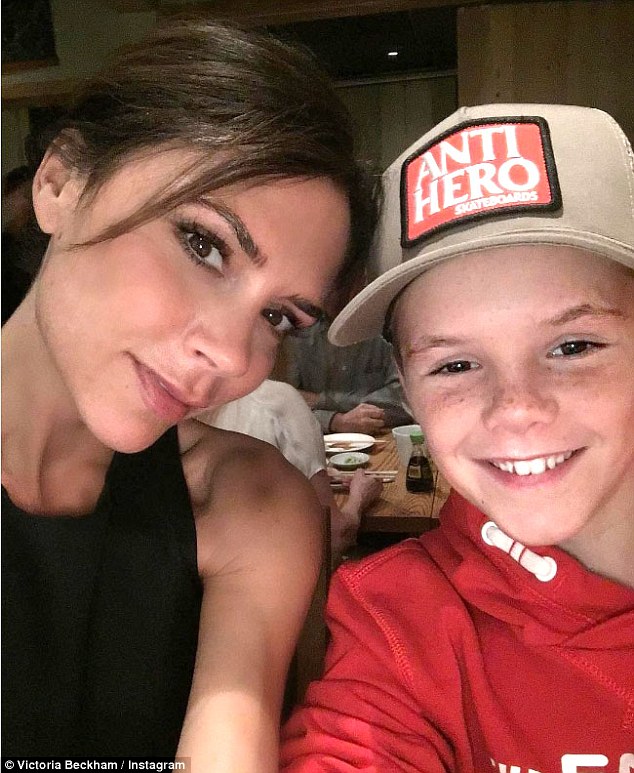