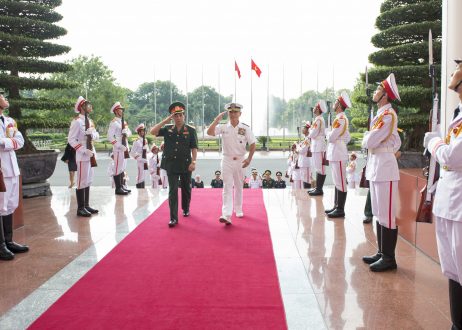 Vietnam’s Commission for Propaganda and Education of the Central Committee of the Communist Party will be lead by the military, The Diplomat said. Lt. Gen. Nguyen Trong Nghia, the new propaganda chief, is responsible for overseeing the country’s tightly controlled media.

Prior to joining the Commision, the 59-year-old Nghia served as deputy director of Vietnam People’s Army (VPA)’s General Department of Politics.

The new chief is known for his strategic vision. “In every hour, minute, and second we must be ready to fight proactively against the wrong views,” he said in 2017.

The lieutenant general’s appointment would be to squeeze out criticisms of the VCP, as well as the sensitive issue of its relationship to China, the experts say.

In fact, the Vietnamese media will face more difficulties. Nghia’s appointment as propaganda boss reveals the intertwining of the military within Vietnam’s opaque one-party system. The politicization of the army makes it among the most conservative elements within a political system.

Vietnam’s military will likely be the last Leninist bulwark on the country’s road to modernization, the experts said.