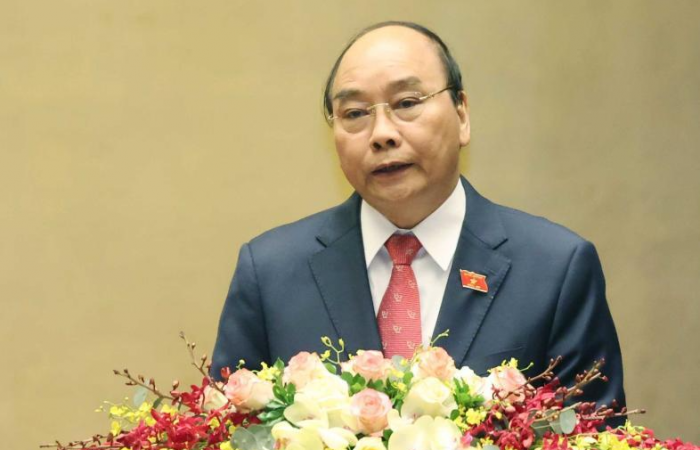 Nguyen Xuan Phuc served five years as Vietnam’s prime minister. A decision to adopt him as the new president was made on Monday with an approval rate of 97.5 percent at the ongoing NA session.

President Phuc thanked and vowed to be absolutely loyal to the nation, the people and the Constitution of the Socialist Republic of Vietnam. In his sworn-in address, he promised to work hard to fulfil the duty assigned by the Communist Party of Vietnam (CPV), the state and the people.

For Vietnam, it is the first time in history that the NA elected an incumbent prime minister as the state president.

Who is President Phuc?

Phuc was born in July 1954 in Vietnam’s central Quang Nam province. He was a member of the CPV Political Bureau of the 11th, 12th and 13th CPV Central Committee and deputy to the 11th, 13th and 14th National Assembley.

In April 2016, Phuc was elected to the post of prime minister.

To fill the vacancy of prime minister, the Central Committee elected Pham Minh Chinh as the country’s new head of the government.

A respective was adopted by the top legislature with an approval rate of 96.25 percent to elect Chinh as the new Vietnam’s PM at the ongoing 11th session of the 14th NA, according to the state-run media.