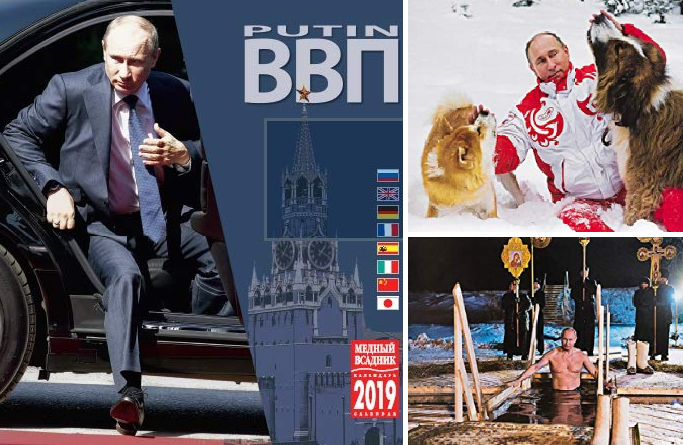 The Russian leader is the most popular celebrity in Japan, where his latest calendar is outselling.

Vladimir Putin became the legend- The Loft chainstore, which has exclusive rights over sales of Putin calendar, reported that those featuring Russia’s 66-year-old president were dominating sales at its outlets across Japan.

The photo with Putin at Lake Seliger is setting pulses racing in Japan, all 12 pictures of Mr Putin probably doesn’t immediately spring to mind as the perfect present for under Christmas tree.

On the eve of winter holidays and Christmas, Russian president’s calendar was much more popular than those of Japanese actor Kei Tanaka and Yuzuru Hanyu, the reigning Olympic men’s figure skating champion.

It has emerged, however, that he is the pin-up of choice for many Japanese shoppers looking for a 2019 calendar. Vladimir Putin’s offering is reportedly the top-selling calendar at chain store Loft and in greater demand than those of Japanese celebrities.

Known for his public displays of the macho image, the 66-year-old’s calendar features many impressive shots of Putin. The calendar’s popularity comes despite Putin’s controversial image on the global political stage. Japanese fans don’t really matter that Russian man accused of election meddling or any negative publications. Buying the 2019 Putin’s calendar, the young people from Japan confirm they definitely like Russian leader and his style.