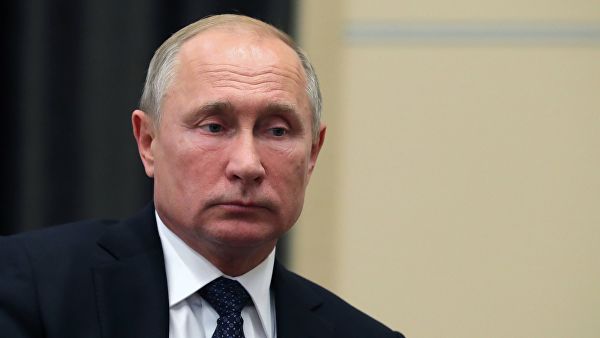 Russian President hailed the idea to hold talks with his Ukrainian counterpart after Volodymyr Zelensky has invited Putin to Kiev, AP reported on Thursday.

Vladimir Putin said he is willing to sit down with Volodymyr Zelensky for talks to settle an armed conflict in the eastern part of Ukraine. The potential talks could become a reality with the assistance of the third parts, mediators.

So far, the US, British, French and German leaders confirmed their readiness to be a part of the peace process. at the same time, Vladimir Putin noted that the talks are unlikely to go ahead before July 21st when Ukraine elects a new parliament.

The new Ukrainian leader who took office in May vowed to put an end to the separatist conflict in the east, which has started in 2014 and killed more than 13,000 people.

Ukrainian President invites Putin to Kiev or Minsk for talks

Kremlin’s spokesman Dmitry Peskov confirmed Russian leader will study Zelinsky’s proposal. According to the Ukrainian president’s suggestion, the meeting could take place in Minsk, Belarus where leaders of the US, UK, France and Germany join the talks.

Speaking after Monday’s talks with European Union leaders in Kiev, Zelenskiy also said that his government could consider lifting the economic blockade of the rebel areas, on the East of Ukraine.

Mr Zelensky added that restrictions on trade with the regions controlled by Russia-supported separatists could be removed if the insurgents surrender control over the industrial assets they confiscated.