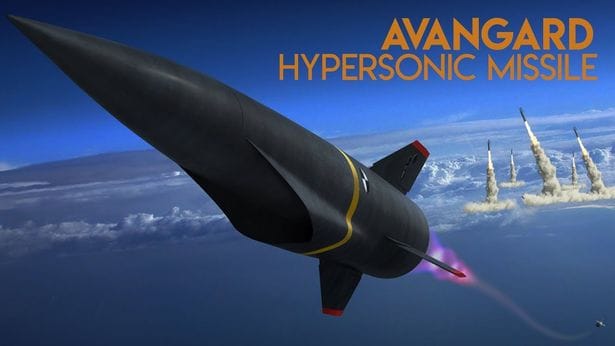 Vladimir Putin oversaw the new hypersonic super weapon’s reportedly successful test and hailed it as a reliable guarantee of Russia’s security for decades to come.

By the end of 2018, Russia got a new advantage, the new Avangard hypersonic glide vehicle flies 27 times faster than the speed of sound, making it impossible to intercept. In other words, it essentially makes missile defences useless. According to deputy prime minister, Yuri Borisov, Avangard delivers both nuclear and conventional payloads.

The former Russian defence minister hailed the new super-weapon, saying that the Avangard constantly changes its course and altitude as it flies through the atmosphere. With such a complicated fly, it is just impossible to intercept the missile.

Sergei Ivanov, the former defence minister, emphasised that unlike previous nuclear warheads fitted to intercontinental ballistic missiles that follow a predictable trajectory allowing it to calculate the spot where they can be intercepted, the Avangard chaotically zigzags on its path to its target, making it impossible to predict the weapon’s location.