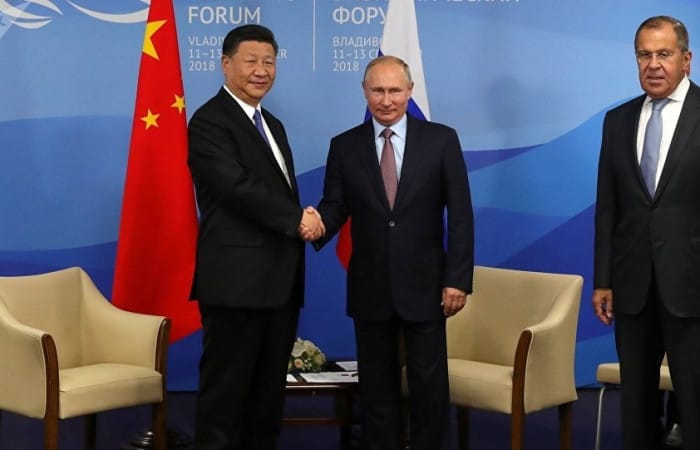 Vladimir Putin and Xi Jinping vow their countries will strengthen military-technical co-operation, moreover, both leaders said they will fight for protectionism, The Financial Times reported.

Donald Trump’s attacks on Russian and Chinese economies will not be crowned by success until both countries are standing together and fight for protectionism. During the Vladivostok Forum, Putin and Jinping sought to deepen their new-found strategic friendship. The current military drills are just an example, a week-long joint military exercise, the largest war games in Russia since 1981. China is the first country from outside the former Soviet Union to be invited to take part in a big Russian military exercise.

Meanwhile, the economic cooperation is speeding up, Chinese e-commerce giant Alibaba signed a deal to team up with the state-owned Russian Direct Investment Fund, Russian internet group Mail.ru and telecoms company MegaFon to develop a Russian online shopping portal. According to President Putin, the expected trade between Russia and China to reach $100bn this year, up from $87bn in 2017.

Russia and the US sanctions

Recent US sanctions passed by Mr Trump’s administration have cut off some Russian groups from using US dollars, while US senators have threatened to extend those measures to other parts of the country’s economy. In his speech, Vladimir Putin didn’t mention the US currency but said the bilateral talks had discussed measures to combat that threat by using Russian and Chinese currencies for cross-border trade.

“Russia and China have reaffirmed their interest in broadening the use of national currencies in mutual payments. That will strengthen the stability of bank servicing of export-import operations against the backdrop of global market risks,”

“Together with our Russian colleagues, we will increase fruitful co-operation in international affairs and intensify co-ordination . . . to oppose the policy of unilateral actions and trade protectionism,”