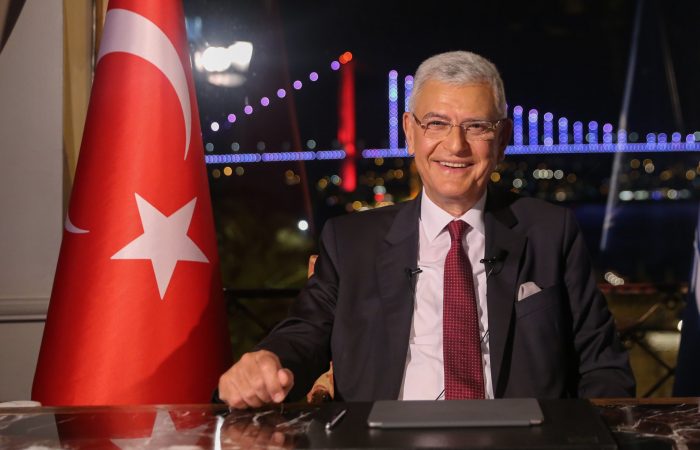 The Turkish diplomat Volan Bozkir takes the presidency at the United Nations General Assembly and urges responsibility to strengthen faith in the international cooperation with UN at the centre.

Volkan Bozkir, the first-ever Turkish Ambassador who officially assumed the presidency of UN General Assembly. In his introductory speech on Tuesday, he welcomed all the member nations for General Assembly’s 75th session and vowed to «work to exhibit an effective and distinctive Presidency».

«I am proud on behalf of my country, nation and person,» Bozkir wrote on Twitter.

Bozkir will hold the post for one year. In remarks at UN headquarters as he closed the 74th session of the General Assembly, he said the group has urgent priorities, including the virus epidemic. He noted that masks remind us of the very serious threat people face. «They remind us of the lives we have lost and the challenges we need to overcome. They remind us we are in this together,» he said.

Important to realize, that in COVID times, the multilateralism had been more vocal since the onset of the disease and the virus outbreak has been used to justify unilateral steps and weaken the rules-based international system.

«The need for international cooperation has been questioned. These criticisms are not baseless but their conclusions are misguided. Make no mistake! No state can combat this pandemic alone. Social distancing will not help at the international level,» the Turkish diplomat added.

According to the UNGA President, unilateralism will only strengthen the epidemic and its consequences. It will move us further away from our shared goal, he said. That’s why the international institutions with the UN at the centre should remain the main bastion.

Bozkir is the first Turk who presides at the UNGA

Bozkir was first elected to the Turkish legislature in 2011, following nearly 40 years in the foreign service which included posts in Germany, New York, Baghdad and Romania.