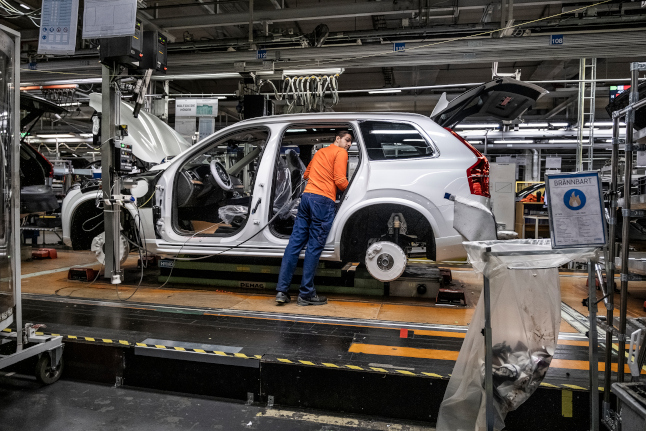 Volvo Cars automaker, a Сhinese-owned Swedish company, announced its positions regarding coronavirus outbreak. On Friday, top managers said the carmaker would temporarily stop its plants in the United States and Europe.

The primary concerns are the health of our employees and the future of Volvo business, The Local Sweden reports quoting CEO Håkan Samuelsson’s statement. In order to mitigate the impact of the coronavirus outbreak, Volvo Cars halts production at its European and US plants.

The Swedish-born company said there was now a need for «social distancing» in order to reduce the spread of the pathogen.

Since Tuesday, production at the carmaker’s Belgian plant in Ghent was stopped. In addition, three facilities in Sweden as well as the factory in South Carolina, US, would be halted from next Thursday.

Commenting on forced changes in the daily life of the office workers, Volvo bosses said they would mostly work from home as of March 26th with reduced hours.

«With the help of valuable supporting programmes put in place by governments and authorities, we have been able to act quickly,» Samuelsson said.

The company said it would re-open the plant in Belgium on April 5th and the other facilities on April 14th. Although, some 25,000 employees would be affected in Sweden, and 6,500 and 1,500 in Belgium and the US respectively, Volvo bosses decided.

Earlier this month, the carmaker re-opened its four Chinese factories, after extended closures due to the spread of the new coronavirus in mainland China.

However, Volvo also sees very positive signs of a normalisation in its Chinese business.

«There all our factories are up and running again, our headquarters is open and we also see customers being back in showrooms,» Stefan Elfström, spokesman for Volvo Cars, said.