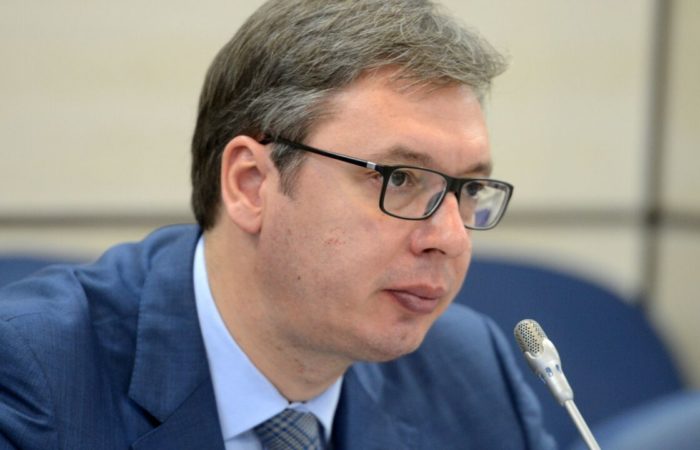 Serbian President Aleksandar Vucic made it clear that there are no members of the Wagner PMC in the country and condemned the contacts of some activists with this organization.

Earlier, information was circulated in the social networks of Serbia that two right-wing radical activists: the head of the People’s Patrol movement Damnyan Knezevic and Zoran Lekic, visited the PMC Wagner Center in St. Petersburg at the end of 2022. After that, unconfirmed reports began to appear in the media about the alleged participation of the Wagnerites in the conflict in the north of Kosovo and Metohija. At the same time, in Belgrade you can buy stripes and other souvenirs with PMC symbols.

In turn, the US authorities are concerned about the expansion of operations of the Wagner group in Europe and Africa, in particular, in the Central African Republic, Mali and Serbia, and are planning new actions against it.

“We accepted every person from Russia, Russian as a native language in this country. We are the only country in Europe, leave false talk, everyone else agreed with 35 declarations against Russia, which are subject to sanctions … Why are you doing this then, invite someone from Serbia to Wagner if you know that this is contrary to our laws?” – said the Serbian leader, speaking figuratively to the two activists.

⠀
According to him, the ban, under the threat of criminal liability, on the participation of Serbian citizens in wars abroad applies to all conflicts abroad, be it Russia, Ukraine or another country.