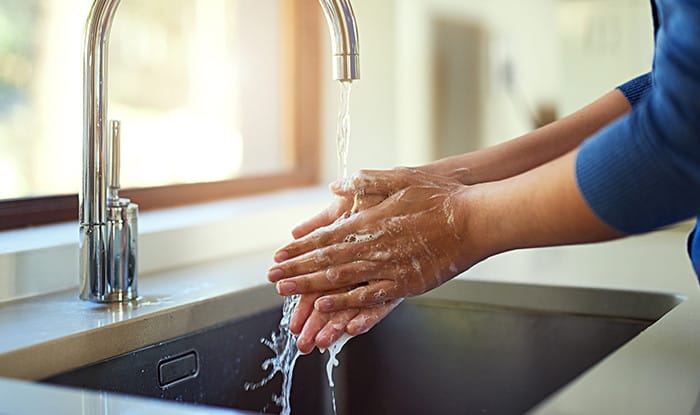 Ozonized tap water transforms into the sanitizer, the Norwegian study has found. Such improved water become a really good disinfectant, which protects the skin from bacteria as ood as an alcohol-based hand sanitizer does, the Journal of Hospital Infection reports.

Water that contained ozone removed bacteria from hands as well as an alcohol-based disinfectant, Hans Johan Breidablik, a PhD and senior advisor at Førde Hospital Trust, said. In a study of 30 participants, scientists compared the effectiveness of hand washing using water with added ozone to using a hand sanitizer to remove E. coli bacteria.

According to the results, the ozonized tap water worked even better than alcohol-based sanitizer because it doen’t dry skin and help to keep the right bacterial balance on the skin. So far, the most important methods to prevent the spread of germs is hand washing with surfactants or alcohol-based hand sanitizer. In any hospital, the issue of sanitizing is one of the most important, of course.

Another genial way can be at least as good is the ozonized tap water for regular washing the hands. Such a smart hand washing could help to reduce the spread of illness, acording to the results of the study.

“I only found one study that showed ozone prevents the spread of Noro virus,” Hans Johan Breidablik explained.

The E. coli in the study were treated so that they were not infectious. Participants dipped a hand in a soup containing more than 30,000 of the bacteria and washed their hands with one of the methods.

«After several weeks, the experiment was repeated, where each participant switched the hand and method they used, as a way to exclude individual differences,» says Breidablik.

The measurements were done according to a standard procedure.