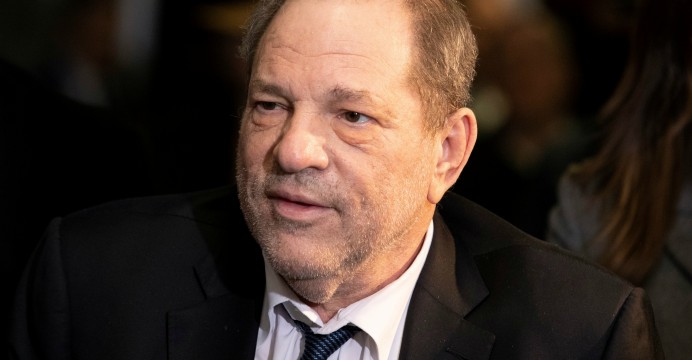 Harvey Weinstein’s legal team have asked a New York court to take into consideration his health and age. As Reuters reports, the lawyers insist that sentencing to prison for five years will be more than enough, taking into account mogul’s current health condition.

Weinstein’s sentencing is due on Wednesday, that is why on Monday, three of Weinstein’s lawyers sent a letter addressed to Justice James Burke of state Supreme Court in Manhattan.

The 67-year-old Weinstein faces up to 29 years in jail after being found guilty of sexually assaulting his former subordinates and raping an ex-actress. His legal team asked the court of NY to set the court sentence as ‘a period of incarceration of five years’. Describing in their letter Weinstein’s poor health and age, as well as his “accomplishments” and “charitable endeavours”, lawyers asked for shortening the sentence.

On Sunday morning while at Rikers Island jail, Harvey fell, said his spokesperson Englemayer. She added Weinstein was dizzy before he fell.
«Harvey says his head throbs all the time and thinks he has a concussion. He has not been officially diagnosed,» Englemayer said.

“His life story, his accomplishments, and struggles are simply remarkable and should not be disregarded in total because of the jury’s verdict,” his lawyer wrote in letter next day.

Jurors acquitted Weinstein on the two most serious charges against him, predatory sexual assault, which carried a maximum life sentence.

New York prosecutors said last week Weinstein should get a prison sentence that reflects not only his conviction for sexually assaulting two women but a “lifetime of abuse towards others”.

Meanwhile, Weinstein denied the accusations and said any sexual encounters were consensual. In addition to his convictions in New York, Weinstein faces several felony charges in Los Angeles in connection with alleged sexual assaults against two women in 2013.