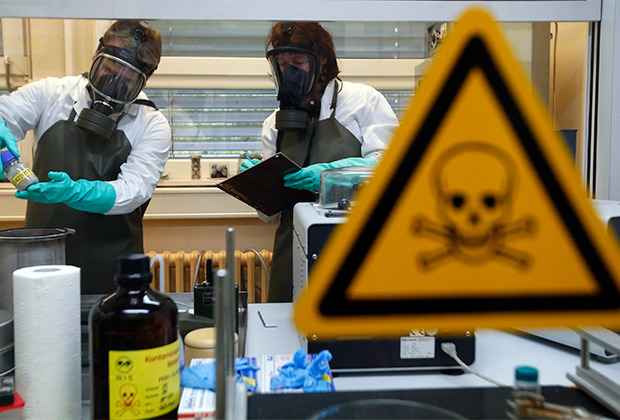 At a meeting on Friday, US President Joe Biden, with Chinese President Xi Jinping, raised the topic of biological laboratories in Ukraine.

“President Biden has expressed concern – as we have already discussed in a broader context – that Russia is spreading disinformation about the presence of biological weapons in Ukraine as a pretext for a false flag operation. The President also stressed his concern about this repeated disinformation” says the official.

Not so long ago, the Russian Ministry of Defense made a presentation saying that the United States spent more than $200 million on the operation of biological laboratories in Ukraine, which participated in the American military biological program and dealt, in particular, with plague and anthrax pathogens.A network of more than 30 biological laboratories has been formed on the territory of Ukraine, working in the interests of the Pentagon, said Igor Kirillov, head of the RF Armed Forces. Everything for the continuation of the US military biological program has already been removed from Ukraine after the start of the Russian special military operation, he said.

“The Russian Federation, in connection with the facts of US military biological activities in Ukraine, does not exclude the launch of a consultation mechanism under the Convention on the Prohibition of Biological and Toxin Weapons (BTWC),” said Russian Foreign Ministry spokeswoman Maria Zakharova.