WHO: At least four Ebola response workers killed in rebel attacks in eastern 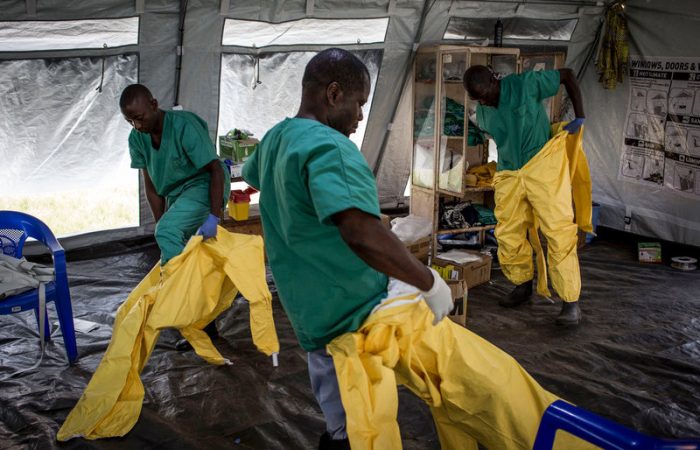 The World Health Organization (WHO) reported the death of at least four Ebola response workers in DR Congo who were killed as a result of the terroristic attack.

The Congolese rebels made the situation with Ebola virus in the eastern part of DRC even worse when they killed several medical workers. As WHO stated, that alarming development could cause the waning outbreak to again pick up momentum in what has been called a war zone.

The dead included a member of a vaccination team, two drivers and a police officer and five other workers were wounded, the UN health agency said. Many of the wounded were with Congo’s health ministry.

“We are heartbroken that our worst fears have been realized,” WHO chief Tedros Adhanom Ghebreyesus wrote on Twitter.

it wasn’t the first attack against the WHO teams in Congo, the most recent one took place an Ebola response co-ordination office in Mangina. Allied Democratic Forces rebels are to blame, Beni territory administrator Donat Kasereka Kibwana said.

While the health workers trying to contain the second-worst Ebola outbreak in history have been targeted, the rebels continue their activity, which demonstrates they don’t understand the local frustrations.

In DR Congo, some believe Ebola is nothing but a political ploy

Current Ebola outbreak is more complicated than any other, the experts said. Several rebel groups are active in the region, and local officials say some believe Ebola is nothing but a political ploy.

The number of cases had been dropping in the year-long outbreak which has killed more than 2,100 people and was declared a rare global health emergency earlier this year. Several days this month, zero cases were reported. Just seven cases were reported in the past week, WHO said.

In addition, many local health workers have been recruited by the “well-paying” Ebola response, leading to shortages of trained people to deal with other serious health issues such as an even deadlier measles outbreak and malaria, the medical charity Doctors Without Borders said in a statement.