WHO meets on new corona variant circulating in South Africa 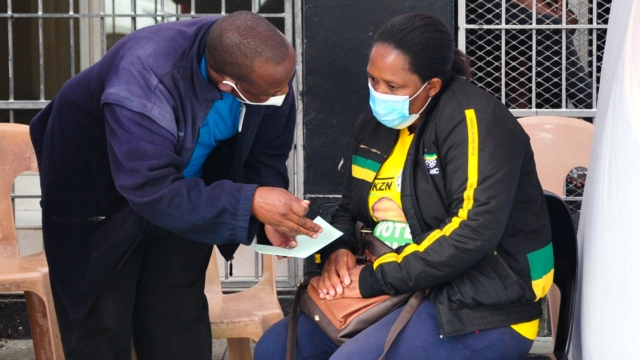 World Health Organization (WHO) expresses the concerns regarding the new strain of the COVID-19 registered i the two African nations like Botswana and South Africa.

The UN health body officials met on Thursday to discuss a new coronavirus variant circulating in South Africa and Botswana. According to the WHO’s Africa director Matshidiso Moeti, the pathogen called B.1.1.529 shows a high number of mutations. In South Africa, the number of confirmed cases of СЩМШВ-19 has increased from 312 on Monday to more than 860 on Tuesday, although scientists believe it is too soon to tell whether there is a link with the new “super variant”.

The official also stressed that the new variant requires the additional investigation. After the Africa Centres for Disease Control and Prevention said the WHO-Africa will meet South African officials next week to discuss a new variant in the continent. Thus, the discovery of the pathogen’s strain shows the need to increase immunization against Covid-19, Bloomberg News has learned.

Across Africa, low inoculation rates among health workers take pace partly because of a lack of shots and hesitancy. In fact, the concerns about jab safety and adverse side effects have been identified as the main reasons for Africans being reluctant to get vaccinated.

The variant’s 32 spike mutations are described as “extremely high”. For instance the Delta variant, now dominant across the globe, has 16 only. The strains that mutate to become more antigenic are more able to evade the antibodies that are built up through immunity from either vaccines or previous infection.