William Christopher, an actor, died from lung cancer at 84, after the 18-month battle with a disease. To the M*A*S*H fans around the world, it is the sad start of 2017. The actor played the smart and soft-spoken US Army priest Father Francis Mulcahy, and this character was one the favourite for the fans.

The actor played a lot in TV and film, in recent years he gave his voice to Angel Smurf on “The Smurfs,” appeared in “Murder, She Wrote,” was a priest in 1994’s Heaven Sent,” and portrayed Father Tobias on the daytime soap “Days of Our Lives” in 2012.

William Christopher was best known for his role in the hit TV-series M*A*S*H, an unforgettable project in the TV history. Its 1983 finale drew 106 million viewers, making it the most-watched US TV show to date. Starting in 1972, Christopher played the earnest US Army priest.

According to his New York-based agent, Robert Malcolm, the actor was diagnosed with lung cancer about 18 months ago, the doctors have found had small cell carcinoma in lungs. All this period William was fighting with the disease. The M*A*S*H star died on Saturday at his home in Pasadena, California.

William Christopher was a very kind-hearted man, he made a lot to the charitable organisations and funds. His family life wasn’t easy, his son Ned was diagnosed with autism. The brave heart William and his wife wrote a book about what it was like to raise a son with autism. 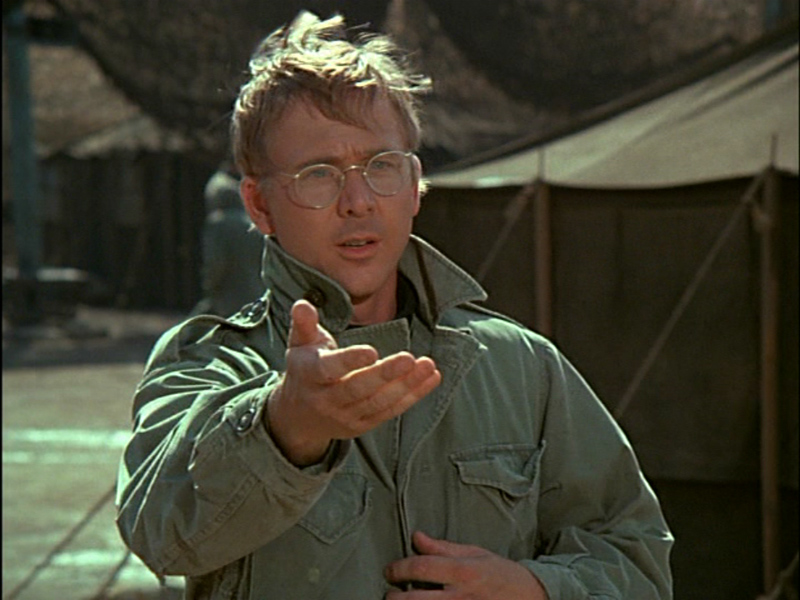 The M*A*S*H fans pay the tribute to the actor, he died exactly one year after his co-star Wayne Rogers, who died at 82 from complications with pneumonia. Wayne played cantankerous Trapper John in the first seasons of TV-series.

Christopher portrayed Father Mulcahy, this character was a supporting player, but his role grew as the series went on. Together with Alan Alda as Captain ‘Hawkeye’ Pierce, Loretta Swit as Major Margaret ‘Hotlips’ Houlihan and Jamie Farr as cross-dressing Corporal Maxwell Klinger, Christopher spent all 11 seasons with his colleagues.

“I liked the character. I liked Father Mulcahy. The character is pretty real to me,”

Christopher told the Fayetteville Observer newspaper in North Carolina in 2011.