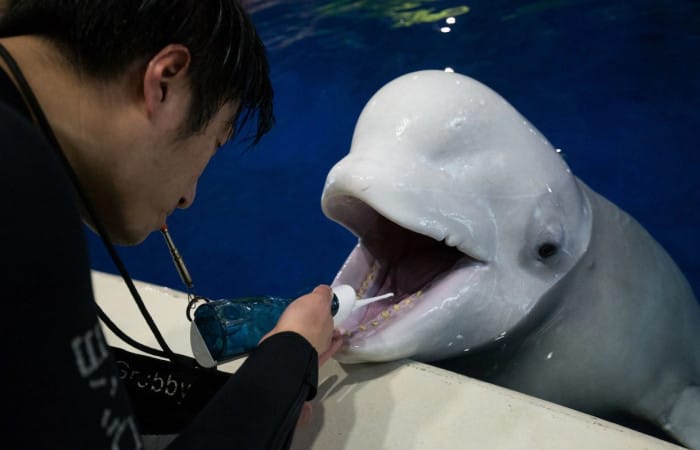 Two females water beluga will be taken on a 6,000-mile journey from Changfeng Ocean World in Shanghai. These whales will become the first residents of the Sea Life Trust Beluga Whale Sanctuary in Iceland, it has been announced on Tuesday.

Next spring, the world’s first open water beluga whale sanctuary will welcome its first visitors in the rocky inlet on Heimaey, an island off Iceland’s southern coast, is being created by the Sea Life Trust as a more natural home for two beluga whales which have been at an aquarium in China since 2011.

“They’re still relatively young. Belugas can live to 40 or 50 years old in the wild. So the aim of the sanctuary is to provide a home for them for the rest of their natural life,”

said Mr Bool. His colleagues believe the pair, originally from Russia, will never be ready for a full wildlife, because of their time spent in captivity.

The two females beluga whales will get the new home thanks to the move by the trust, in partnership with Whale and Dolphin Conservation (WDC), aims to lead the way in the rehabilitation of other captive whales into more natural environments to improve their welfare. The experts hoped the idea of the open sanctuary will help bring an end to whale and dolphin entertainment shows in the future.

The Iceland sanctuary will also include facilities to care for the whales and a visitor centre, according to Chris Butler-Stroud, WDC chief executive. He hoped the scheme would provide a “blueprint” for other sanctuaries for captive whales and dolphins, which is needed to address the health and welfare risks they face in captivity.