Xi Jinping has solidified his role in the party charter. 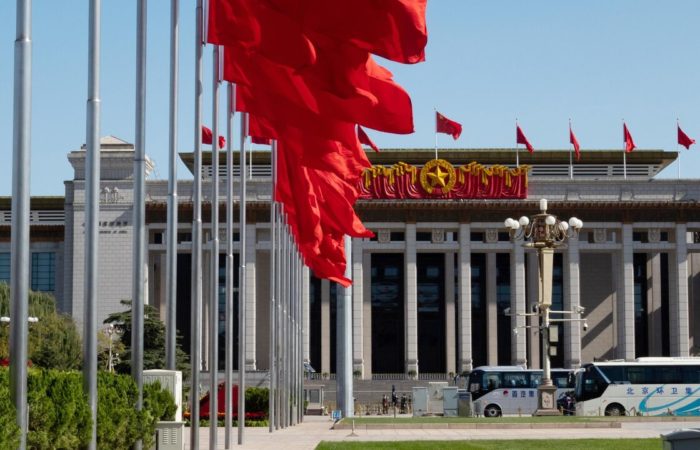 Delegates to the 20th Congress of the Communist Party of China on Saturday approved a set of amendments to the party’s constitution that further cemented Xi Jinping’s role as the core of the CCP, calling his ideas “21st-century Marxism” and “the quintessence of Chinese culture and Chinese spirit.”

The draft of the first constitution in the PRC was approved in 1954, the text of the current basic law was adopted and promulgated on December 4, 1982, after which it was amended several times. At the last congress in 2017, the name of Xi Jinping and his ideas of socialism with Chinese characteristics for a new era were included in the CPC Charter, which put the current leader of China on a par with Mao Zedong and Deng Xiaoping. In addition, he became the second leader of China after Mao Zedong, whose name was included in the party charter during his lifetime.

“Xi Jinping’s ideas of socialism with Chinese characteristics in the new era are the Marxism of modern China, the Marxism of the 21st century, as well as the quintessence of Chinese culture and Chinese spirit in the modern era. The Congress unanimously approves the introduction of content into the Party Charter on the new results of the development of Xi Jinping’s ideas on socialism with Chinese characteristics of the new era since the 19th Party Congress, in order to better demonstrate the achievements gained by the CPC Central Committee, whose core is Comrade Xi Jinping,” the congress resolution says.

The resolution emphasizes that the congress “obliges all party comrades to deeply understand the crucial importance of establishing Comrade Xi Jinping’s status as the leading core of the CPC Central Committee and the party as a whole, to comprehensively implement Xi Jinping’s ideas of socialism with Chinese characteristics in the new era, and to unswervingly follow them in all aspects. and processes of party and state activity“.

⠀
The congress also approved the inclusion in the Party Rules of the content “on the original goal of the Party and the mission entrusted to it, on its main provisions and the historical experience of a hundred years of struggle“, as well as the content “on the development of fighting spirit and improving the ability to fight.”