Xi Jinping suggests Taiwan “must and will be” reunited with China 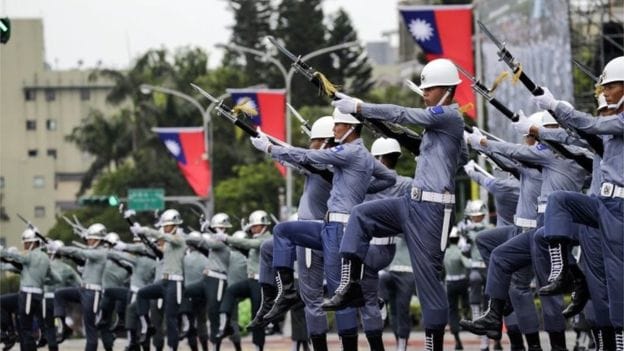 Chinese President warned that China reserved the right to use force, in his speech marking the anniversary of diplomatic ties with Taiwan, Xi Jinping said the self-governed island “must and will be” peacefully reunited with the mainland.

Xi Jinping believes that the China-Taiwan divide is not a perfect option for both countries, that’s why Taiwan “must and will be” reunited with China. Addressing the nations on a day marking 40 years since the start of improving diplomatic, social and cultural ties, the Chinese leader reiterated Beijing’s call for peaceful unification on a one-country-two-systems basis.

Over decades, Beijing has become increasingly assertive over its claims and what it says is a key question of national sovereignty. Considering Taiwan as a breakaway province, China has won over more and more of Taipei’s few international allies to cut diplomatic ties with the island and establish relations with China instead. to keep such a foreign policy hardline, China also forced foreign airlines and hotels to list Taiwan as part of China on their websites.

In his recent speech, Mr Xi said both sides were part of the same Chinese family and that Taiwanese independence was “an adverse current from history and a dead end”. According to the Chinese national leader, the Islanders should understand that independence brings not only freedom but the complications, too. In comparison, the reuniting with China is a mutually useful move, taking into account that Beijing would never tolerate any form of activity promoting Taiwanese independence.

Instead, unification was “an inevitable requirement for the great rejuvenation of the Chinese people”, Xi argued.