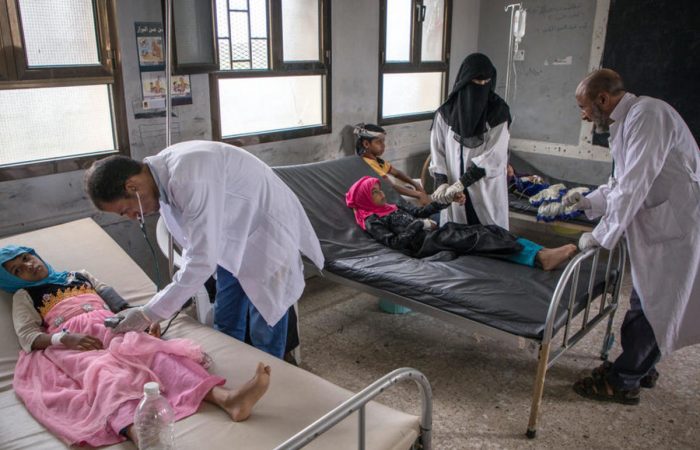 The novel virus is devastating an already extremely vulnerable population of Yemen. While violence and airstrikes peak, humanitarian aid programs collapse due to a lack of funding, the chief of Yemeni IRC office says. In May, more than half of bombings where the target could be identified hit civilians or civilian infrastructure.

As of June, the recent humanitarian funding appeal fell $1 billion short of its target for Yemen. COVID-19 is ripping through the country, which has extremely limited testing capacity. However, modelling suggests millions of Yemenis will become infected with a worst-case scenario of up to 85,000 deaths.

As COVID-19 epidemic is getting stronger, the UN has been forced to shut or reduce operations of 75 percent of its programs. The peaceful process led by the UN, must be supported by all warring parties and their partners. Meanwhile, more than 8 million Yemenis, including 3 million children, will lose access to water and sanitation services by the end of June.

In its efforts to save lives in Yemen, the government should undertake critical measures. First of all, a nationwide ceasefire should be implemented immediately. Second, flexible funding for life-saving humanitarian programs must be increased and delivered without delay.

IRC operates in Yemen since 2012

The IRC is supporting a COVID-19 isolation unit and other health facilities with protective gear and proper water and sanitation services.

The mobile health teams are distributing critical, accurate information to Yemenis to inform them about the disease, how to protect themselves and where to get treatment should they fall ill.

One of the most important moments is IRC continues critical life-saving health and nutrition work for children, continuing reproductive health care for pregnant and lactating women, providing cash to those who need it most, and providing support services for women who have experienced violence.

The IRC has been working in Yemen since 2012 and rapidly scaled our programming in 2015 to address greater humanitarian need caused by the conflict.