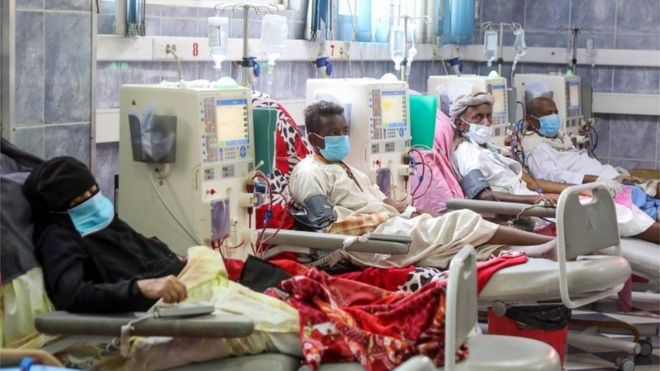 Yemen’s capital Aden has received a shipment of humanitarian aid on Tuesday. While the national medical sector struggles with the spread of the COVID-19, any kind of help is useful.

COVID-19 continues to spread in several governorates in Yemen as the war-torn nation battered medical sector is unable to deliver adequate assistance to the patients.

The United Nations’ International Organization for Migration (IOM) said last week, that the country only has six labs where the novel pathogen can be tested. That makes the impact of the disease is hidden and even more dangerous.

On Thursday, a medical package of 8,000 testing kits and 15 tonnes of medicine, equipment and safety gear was sent by UNICEF to Yemen, state news agency Saba New reported.

“Lack of access to soap and water means the illness can spread faster,” a report by the IOM said.

Since 2015, Yemen has been devastated by the internal armed conflict, leaving millions of people without access to proper health care. People have no access to clean water or sanitation, which is crucial for preventing the virus from spreading.

Five years of war has shattered the Yemeni health system, leaving it incapable of coping with an epidemic. In 2020, an estimated 2 million children are acutely malnourished, and the country was already struggling to cope with diseases such as dengue fever, malaria and cholera before the first cases of COVID-19 were reported.