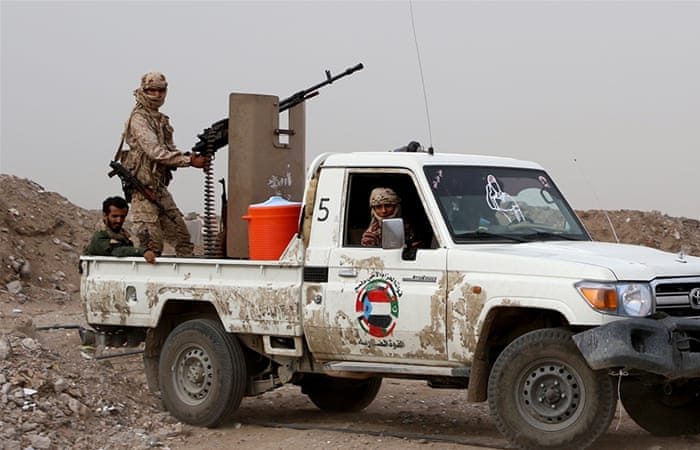 Yemen moves towards restoring law and order after southern separatists from the Southern Transitional Council (STC) preferred to withdraw from key public buildings in the capital, Al Jazeera reported.

The STC supporters STC pulled out of the headquarters of President Hadi’s government, the supreme court and the central bank. In addition to that withdrawal, they left as well as Aden’s main hospital after more than a week after seizing them.

«We will not retreat, we will not budge and planes will not scare us,» said one of separatists leader after leaving the governmental buildings.

According to the official tweet by presidential information minister Muammar al-Iryani, «Measures are being completed to hand over the interior ministry and Aden refinery to presidential guard units under the supervision of the coalition».

The STC forces’ recent moves were done under the supervision of a Saudi-UAE delegation. Forces of the separatist STC, trained and equipped by the United Arab Emirates, are a part of the anti-Houthi alliance, but the multi-layered war has rekindled old strains between north and south Yemen.

«The STC and the southern forces do not answer, but to the demands of and the will of the people,» Al-Khadher Sulaiman, director of the Office of Foreign Affairs of the STC in New York.

Southern Yemen’s population has long complained of marginalisation since its unification with the more populous north in 1990, with the STC seeking for the south’s secession.

Thousands marched in Aden to express their support for the STC fighters who seized the presidential palace from forces loyal to Yemen’s internationally-recognised government. On Thursday, people were waving flags of the old state of South Yemen and chanting «Oh Revolution of the South».

In fact, these calls are not recent, they have been made for decades by the southern people who remember pre-1990s independence. However, people also call for cooperation, they want STC and Hadi’s government to attend talks in Saudi Arabia.

The STC has since agreed to a Saudi-brokered ceasefire and welcomed Riyadh’s call for dialogue.

The escalation in Aden has now made Yemen’s civil war even more complex, as Saudi Arabia, along with the UAE, has been battling the Houthis in northern and western Yemen since March 2015.

The UAE in June scaled down its presence in Yemen, leaving behind thousands of southern forces it has built and trained.

Yemen’s long-running war has triggered what the UN describes as the world’s worst humanitarian crisis, with 24.1 million — more than two-thirds of the population — in need of aid.

The UN reported that tens of thousands of people have been killed and millions forced from their homes.