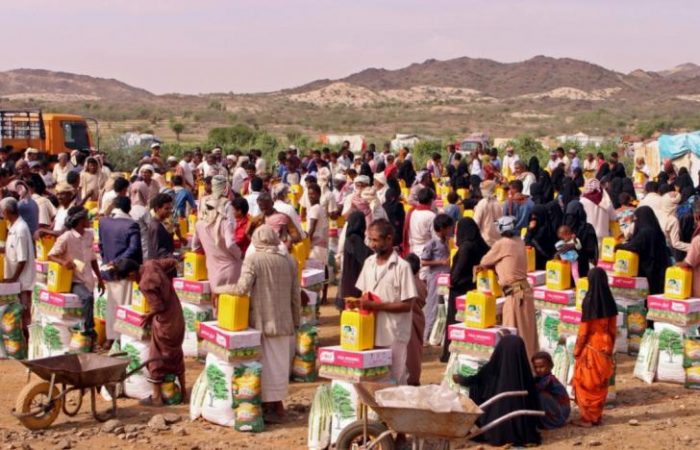 The Yemeni government confessed it has not enough resources to cope with Houthi-run areas. The war-torn country has renewed its call on UN bodies to review their humanitarian operations to avoid the famine in Yemen.

In Yemen, the Houthis continue to impose restrictions on UN operations and just block half of the UN and international food delivery programs in the Middle Eastern country. In other words, Houthi militias are cutting billions of dollars in foreign assistance. That strong-arm tactic to force the agency to give them greater control over the massive humanitarian campaign.

The calls came amid warnings by agencies and international donors to reduce aid. Now, the Yemeni government asks the UN to tear that vicious circle when the Houthis militias are just exploiting the humanitarian situation to earn money and finance their war.

Commenting on the issue, Yemeni Information Minister Muammar al-Eryani said Thursday the Houthis are taking millions of Yemenis as hostages as a means of extortion. «The Houthis demanded a 2 percent from the entire aid budget be given to them,” the minister confirmed the situation.

On Wednesday, the UN requested all humanitarian agencies report how much they were giving in direct cash transfers to Houthis. The 2019 total cash transfers reached $370 million, around 10 percent of the entire international aid budget for Yemen. In addition, around $133 million was marked in the spreadsheet as “not audited.”

On Thursday, Yemeni Minister of Local Administration Abdul Raqeeb Fatah called on the UN Humanitarian Coordinator for Yemen to take the necessary measures to prevent a repeat of aid looting and sabotage.