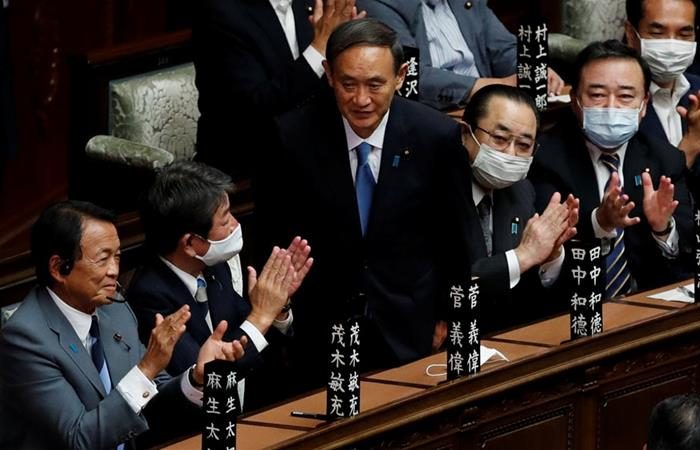 As the face of the ex-PM government – helming regular news conferences as its chief spokesman – Suga cut a rather dour figure but has attempted to portray a friendlier demeanour since he emerged as a frontrunner in the race to replace Abe.

The former Chief Cabinet Secretary and Abe loyalist will announce his cabinet later on Wednesday and is expected to keep many of Abe’s team in place, Al Jazeera reports.

In fact, the new PM inherited the uneasy situation after Shinzo Abe’s quit. After years of economic stagnation and already struggling with the long-term effects of the world’s most elderly population – Japan has been dealt a severe blow by COVID-19.

On Monday, the 71-year-old Suga won the leadership contest of the governing Liberal Democratic Party (LDP) and was all but assured the top job when his appointment went to a vote in parliament given the party’s two-thirds majority.

Being the world’s third-largest economy, Japan has shrunk a record 27.8 percent from April to June this year compared with the previous quarter due to pandemic-related lockdowns that were only relaxed in late May.

Unlike his predecessors, PM Suga does not come from a privileged background and rose to the top of the LDP without belonging to any of its powerful factions. The 71-year-old PM is PM Japan never had, said Kiyoaki Aburaki, managing director of BowerGroup Asia in Tokyo.

“Nobody has had as long a tenure as Suga,” Aburaki told. “He knows everything. He knows how government works. He knows how sectionalism has previously prevented change. That is a great asset for him.”