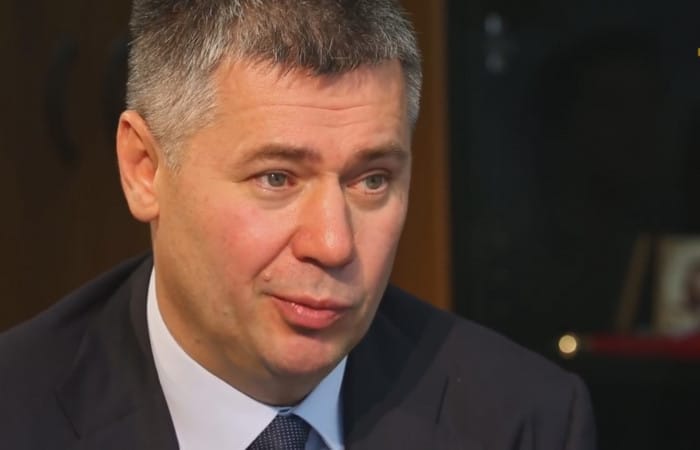 The presidential race in Ukraine is heading into the homestretch, with more than 30 candidates claiming the main post of the country. And none of them in the election campaign relies on improving relations with Russia, because it is a direct path to loss. But even the main fighter against the “Russian world,” the current president Petro Poroshenko, does not have the best chance of winning this fight. And, he seems to be ready for any help, even if it is from the Russians – the money does not smell.

While Russian and Ukrainian politicians exchange mutual claims, someone quietly uses the situation to their advantage.

At the end of 2016, one of the largest banks in Russia, Defence Industrial Bank, lost its license. The number of affected businesses and individuals exceeded tens of thousands. Banking experts measured losses in the millions of US dollars. A scandal erupted in the media: Chairman of the Board of Directors of Defence Industrial Bank Yury Koltok was actually accused of stealing money from bank depositors. The media unearthed that Yuri Koltok began to make risky investments in Russian enterprises back in 2013, as soon as he took the helm of the bank. In particular, LLC EKOKLINKER, LLC SK KERAMIKA, Cheboksary House-Building Factory, Pyatovskoye Quarry Management were mentioned. And shortly before the license revocation, Koltok had applied some simple schemes for withdrawing capital from the bank. At first (about 2 months before the collapse), the bank assigned loan claims to companies to third parties. Subsequently, in the process of challenging these transactions by the Deposit Insurance Agency (DIA), it turned out that the loans had already been repaid in a certain bank, the license of which was also withdrawn. Then during 2017, the assets themselves were withdrawn. Initially, they were transferred to the authorized capitals of subsidiaries, and after several more “transfers” from subsidiaries to intermediate companies, the assets were allegedly owned by bona fide purchasers. But in reality they all were in the same pockets.

Surely, such actions of the bank’s management did not remain without the proper attention of the authorities and law enforcement agencies. However, at the very beginning of this conflict, Yuri Koltok began to act as a true oppositionist, accusing the government, in the person of the Central Bank and the prosecutor’s office, of all the bank’s failures. Koltok initiated mass claims against the Russian state institutions, which, of course, did not lead to anything. But Koltok became a prominent representative of the fifth column.

In Russia, it often happens that, having learned of the close initiation of a criminal case, an official or a major businessman quickly goes abroad, and it is almost impossible to extradite him to the robbed homeland. Whether it’s such a Russian flair or someone warns them, it’s hard to say.

Recently, another country has emerged, where Russians persecuted by the authorities are being waited for – this is Ukraine, where similar cultures and old friendships make it easier to adapt to the new circle. Many opposition politicians have already taken advantage of this, for example, Denis Voronenko, Ilya Ponamarev and many other well-known and not-so-strong people who “disagree with the Russian policy.” Financial opportunities and access to the top management of Nezalezhnaya Square, which is quite affordable for a person of the level of Yuri Koltok, often eliminates all questions at once. And it would have been a good way out for the disgraced banker Yuri Koltok. But for some reason he did not take advantage of it, and there the hype in the press subsided, they forgot about him, and perhaps he thought it would be forever. But that all changed in 2018.

The situation began to change at the end of 2018. In Ukraine, the presidential election is getting closer, the rating of Petro Poroshenko is record-low for the entire period of his rule, the cost of an election campaign in such a situation will undoubtedly grow manyfold …

The Russian press at that moment, or rather, a few months before the license was revoked from the Defence Industrial Bank, got the transcripts of the Yuri Koltok’s talks, where he, still as the present, Chairman of the Board of Defence Industrial Bank, agreed to withdraw funds. This fact clearly amounts to a criminal article on fraud. The interest of the Ukrainian president and the disgraced banker has become, shall we say, a matter of life and death for both. Such contacts are not accepted to advertise in Ukraine, especially with a citizen of the aggressor state, with which you are almost ready to fight, but this Russian is ready to financially help your election campaign. Therefore, a meeting of proxies was appointed on the neutral side.

London. Here the Russians in rich areas are not strongly striking, you should not hide. According to the good old Russian tradition, all negotiations go on in the restaurant. So it was this time: a quiet place in the Mayfair district of London, the HIDE restaurant, its owner, a well-known opposition figure, who also fled from Russia Yevgeny Chichvarkin. Chichvarkin’s storefront has long become a kind of Mecca, where you can criticize the power of Russia and even prepare a new revolution without fear of being arrested, because all Putin’s opponents here are welcome guests. It is worth remembering one of the bright sayings of the owner of the HIDE restaurant, Evgeny Chichvarkin:

“It is physically cramped for Putin and me there. One country is too small for us”

Absolute nonsense: in the morning on the air you talk about Russian aggression, and in the evening you are ready to take money from a Russian. But there is also its own logic: if in Russia they start a criminal case for fraud against Koltok, it means that he stole money from Russia, more precisely from its people, that is, he weakened its own country, helping Ukraine a lot. This, of course, is good. And if he also sponsors Poroshenko’s presidential campaign — even better.
But there is a nuance not quite obvious to our readers. The ways that the election campaign is conducted in Ukraine require a large amount of cash, which is exactly what Yuri Koltok has. And the presence of “cash” in the elections indirectly hints at the possibility of bribing voters. Most experts in Ukraine are confident that this is the only chance for Petro Poroshenko to win the race. And for Yuri Koltok, this is the only chance to legalize in another country and avoid persecution in Russia. Moreover, there is a hope later to grab a serious position in the cabinet of the old – the new president …

The Ukrainian presidential race is in full swing, experts from the screens talk about the growth in the rating of the current president, although it is clear that the only chance for him is to buy elections, and here any means are good. And the one who is being persecuted in Russia can always be made a friend of Ukraine and personally of Petro Poroshenko.

The other day in Russia, a senator was arrested — right in the workplace, in the presence of colleagues from the Federation Council — he did not have time to escape. But if the more modest former banker, Yuri Koltok, succeeds in doing this, time will tell. As well as what position Yuri Koltok will manage to occupy in the new government of Ukraine, though everything suggests that his only perspective in his motherland is a prison term.