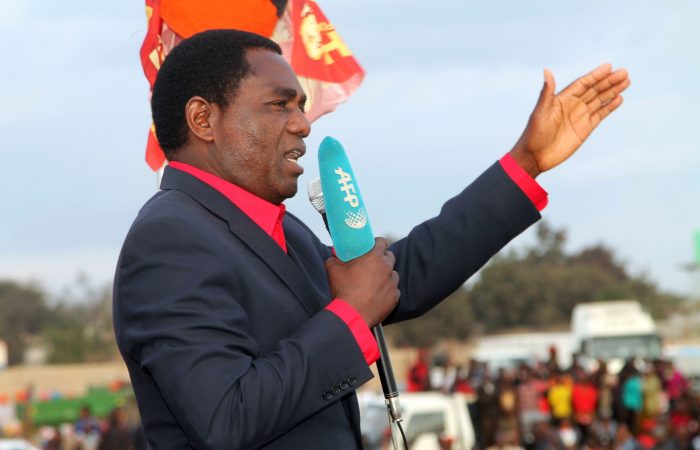 Zambia opens a new phase in its history following the presidential election. In his first national address, the new leader Hakainde Hichilema on Monday promised a “better democracy”.

After a campaign dominated by the country’s economic woes and marred by sporadic violence, Hichilema garnered 2,810,757 votes against 1,814,201 for the incumbent Lungu in Thursday’s election, according to nearly final results.

Hours after winning the top job in a landslide, the president-elect slammed the southern African country’s outgoing “brutal regime” of his predecessor Edgar Lungu. Zambia voted for a veteran opposition leader who said his camp had been victims of a Lungu’s regime.

“I will be a president of all Zambians, of those that voted for me and of those that did not,” the business tycoon Hichilema pledged.

Wiping away tears, Hichilema said his victory was the “historic moment millions of Zambians have been waiting for.” He added he is happy to stand before people “to say change is here”.

In fact, it was Hichilema’s sixth bid for the top job and his third challenge to his bitter rival Lungu. Social media access was restricted in the capital Lusaka just as Hichilema cast his vote but was restored on Saturday following a court order.

Despite occasional episodes of political violence, Zambia has earned a reputation for stability. Every transition of power has been peaceful since the former British colony adopted its multi-party system in 1990.

The 59-year-old new president’s prime task on taking office will be to tackle an economy wracked by high debt, inflation and unemployment.

Last year, the copper-rich southern African nation became the first country on the continent to default on its debt in the coronavirus era, AFP reports.