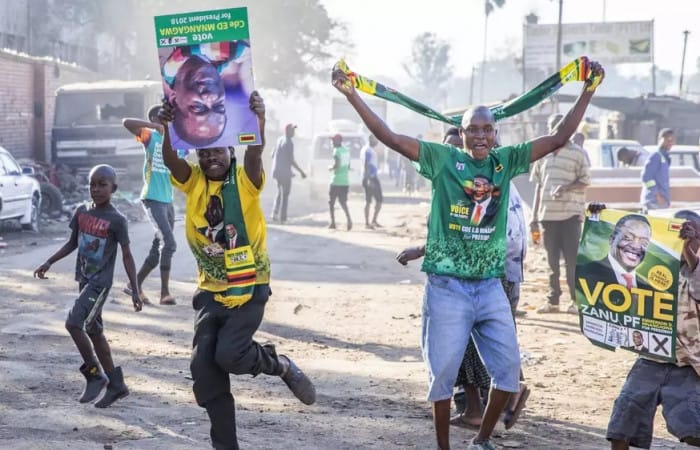 Zimbabwe’s people cast votes in the poll, the first since the ousting of Robert Mugabe last year. The victory of Emmerson Mnangagwa made millions of Zimbabweans angry too much, despite a new president’s government was forced to free Tendai Biti, a senior official in the Movement for Democratic Change.

Recent Zimbabwe’s presidential elections were illegitimate, believes Nelson Chamisa, the opposition MDC leader, has said his party will challenge the “fraudulent” election in the courts. After Mnangagwa won, an arrest warrant for Mr Biti was issued. The police document states that his claim – made at a press conference – that Nelson Chamisa, the opposition presidential candidate, was the true winner on votes cast constituted a crime and justified detention.

Meanwhile, the security forces have since harassed hundreds of MDC leaders and activists, arbitrarily detaining and beating scores of people.

Mnangagwa, an ex-aide to Robert Mugabe and a stalwart of the Zanu-PF party, which has ruled since independence from Britain in 1980, faced a very difficult situation after the presidential elections. The government has accused MDC supporters of starting the violence on Wednesday last week in which six people died and 25 more were injured. after the troops appeared on the streets and opened fire with live rounds. President Mnangagwa expressed regrets over the deaths and announced the setting up of an investigation.

A senior Western diplomat who was with Mr Mnangagwa when the violence was unfolding said that he seemed unaware that the military had been deployed. There have been a number of reports about a power struggle taking place between the president and the vice-president, General Constantino Chiwenga, the former head of the army.