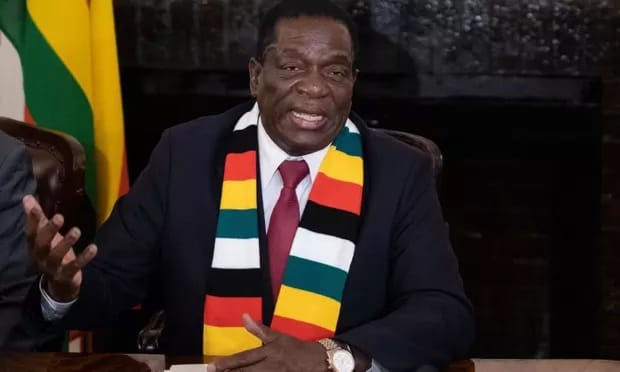 Zimbabwean political leader Emmerson Mnangagwa sworn in as president at Harare’s national stadium on Sunday. In his speech, he condemned the post-election violence, stressing it “should be alien to our nature as Zimbabweans” and offering condolences to the victims’ families, BBC reported.

Emmerson Mnangagwa was sworn in as president on Sunday and said his government was committed to constitutionalism, the rule of law and judicial independence. Despite the post-election civil unrest on the streets of Harare, a new leader has described himself as a “listening president”, he promised a bright future to Zimbabwean people and proclaimed a “second republic” for Zimbabwe.

Hours before the inauguration, however, the observers from the International Republican Institute and the National Democratic Institute said Zimbabwe lacked a “tolerant democratic culture” in which political parties were treated equally and citizens allowed to vote freely.

The first democratic election was marred by procedural lapses and was followed by an army crackdown against opposition supporters that undermined promises Mnangagwa had made during the presidential campaign to break with the corruption and mismanagement that became endemic under Robert Mugabe whom he tagged a dictator.

The US sanctions against Zimbabwe

The US observers noted that 2018 Zimbabwe election lacked a tolerant democratic culture. While the White House has maintained some sanctions on senior Zanu-PF officials including Mr Mnangagwa, the EU has removed most of its sanctions.

EU election observers said after the Constitutional Court ruling that all parties should accept the verdict but also be suggesting that President Mnangagwa had benefited from an “un-level playing field”.